Home Business Bank of Namibia limits terms for banks’ board members to 10 years,... 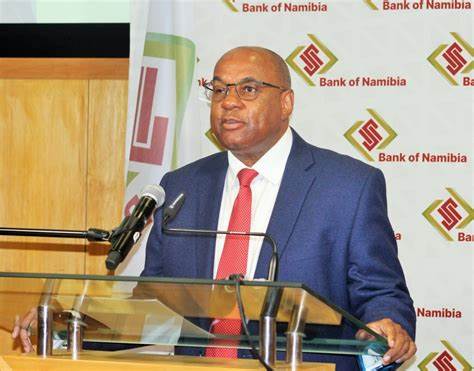 The Bank of Namibia, the central bank, said Thursday that it will conduct checks on politically connected people’s wealth and businesses to avoid conflicts of interest.

The bank released Thursday the revised Determination on the Appointment, Duties, and Responsibilities of Directors, Principal Officers, and Executive Officers of Banking Institutions and Controlling Companies.
Governor of the Bank of Namibia Johannes Gawaxab said effective banking institution governance should be taken seriously, because it directly impacts financial and macroeconomic stability.
Excessive risk-taking, unethical behavior, fraud, and mismanagement are just a few examples of how bad practices have led to systemic bank failures worldwide, Gawaxab said.
He further said the framework is significant because it embeds sound corporate governance principles, adding that “with good governance, trust and confidence in the financial sector as a whole will be engendered.”
The revised determination makes it possible for banking institutions to attract the best talent Namibia has to offer and onboard astute leadership teams who will account for the affairs of commercial banks, he said.

The Bank of Namibia also has limited terms for banks’ board members to 10 years and sets an age limit of 70 years.
Prospective board members at a banking institution or a controlling company have been barred from serving on up to two boards simultaneously.
According to the central bank, the revised determination will serve as the foundation for sound corporate governance in banking institutions and controlling corporations to safeguard public deposits, protect consumers, and provide access to credit.

The new determination is also expected to introduce best corporate governance practices, emphasizing effective succession planning, skills development, and competencies for those tasked with the leadership of financial institutions.
The determination that came into effect on Dec. 16, 2022, applies to all banking institutions authorized by the Bank of Namibia to conduct banking business or control companies of banking institutions in Namibia.