Home Business Africa is a continent of fertile field of hope, full of vigor... 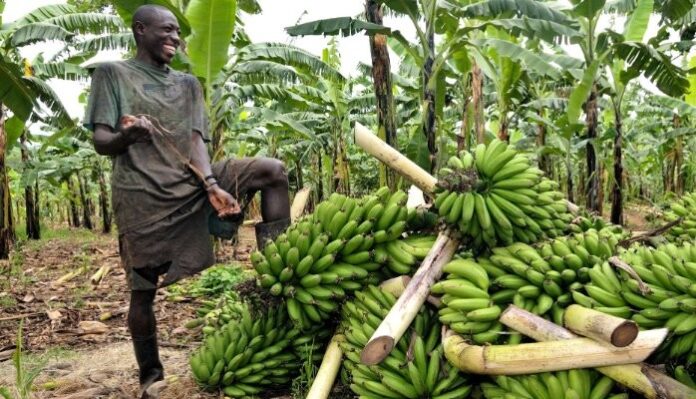 Visiting Chinese Foreign Minister Qin Gang has said Africa is a big stage for international cooperation, not an arena for major-power rivalry.
Qin made the remarks Wednesday while addressing the press jointly with Chairperson of the African Union (AU) Commission Moussa Faki Mahamat in the Ethiopian capital, Addis Ababa.
When asked about China’s views on the second U.S.-Africa summit, Qin said both China and the U.S. are permanent members of the UN Security Council and bear great responsibilities for world peace, security and development.
“China-U.S. relations should not be a competitive relationship or a zero-sum game in which one loses and the other wins. Otherwise, both sides will suffer and the world will suffer,” he said.

Qin said China and the United States should respect each other, live in peace and cooperate for win-win results, and refrain from undermining the interests of any third party, stressing that this is only in line with the trend of the current times and the expectations of the international community.
He said the profound traditional friendship between China and Africa is rooted in their mutual support for the cause of national liberation and mutual assistance on the road to development. It is also based on a friendly cooperative relationship that features sincerity, real results, amity, and good faith, as well as mutual respect, equality, and mutual benefit.
Since the beginning of the new century, China has built more than 6,000 km of railways, 6,000 km of roads, nearly 20 ports and more than 80 large power facilities in Africa, Qin said, adding that China has assisted in the construction of more than 130 hospitals and clinics, more than 170 schools, 45 stadiums and gymnasiums, and over 500 agricultural projects in Africa.
The Chinese foreign minister said these tangible achievements have played an important role in promoting economic and social development and improving people’s livelihood in Africa, showcasing the strength of China-Africa relations and friendship and winning praise from African countries and people.

He said Africa is a continent on the rise and a fertile field of hope, full of vigor and vitality, as he underscored that without peace and development in Africa, there will be no stability and prosperity in the world.
What Africa needs is solidarity and cooperation, not confrontation. No country or person has the right to force African countries to pick sides, he affirmed.
Africa should be a stage for international cooperation, not an arena for major-power rivalry, he stressed. “If there is competition, let it be who does more for Africa’s peaceful development and for Africa’s greater representation and voice in the international governance agenda.”
Qin reiterated that China is happy to see any country that is sincere in helping Africa achieve peace and development. “If African friends are willing, China is ready to carry out trilateral or multilateral cooperation with any country in Africa and jointly make a greater contribution to Africa’s development and rejuvenation.”