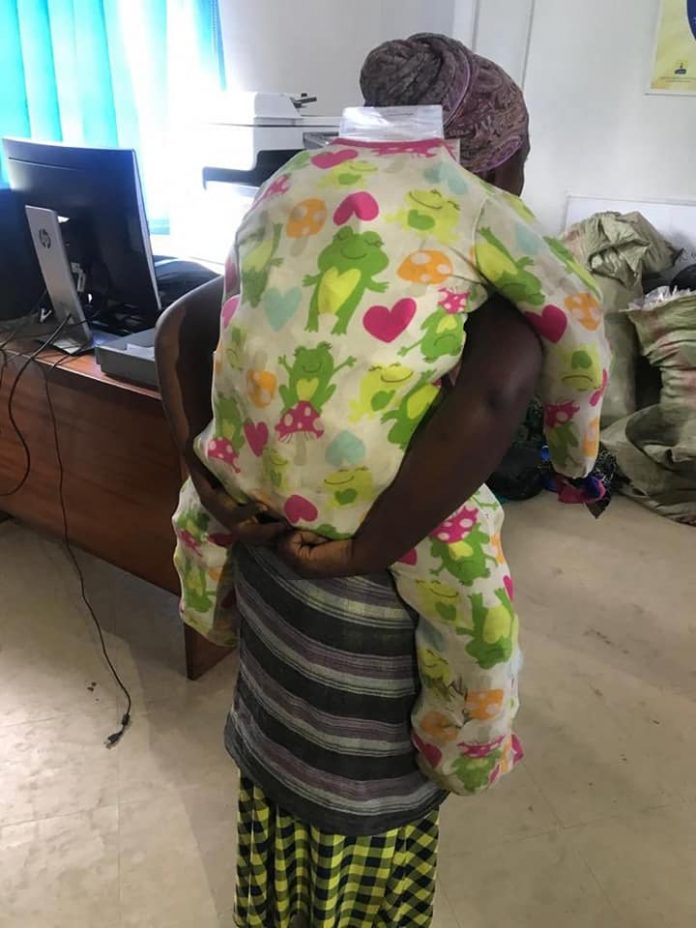 Uganda Revunue Authority officers have detained a smuggler passing off a baby at DRC-Uganda border
The woman yet to be identified had concealed the cosmetics and carried them as a baby but was intercepted at Mpondwe road in Kasese district.


According to Ian Rumanyinka, the manager Public Relations and corporate affairs URA “We got information from our informants that ladies were smuggling goods in dummy babies so using our Intel, we intercepted the bus on the road, not at the boarder so that we would be able to get all of them but we only managed to get one,”

“Some smugglers never cease to amuse!” Dicksons Kateshumbwa said in his post.
Tonnes of banned skin-lightening products get into Uganda every year, mostly through porous points along the border with DR Congo.
The cosmetics rarely come in bulk deliveries. Carriers, who earn about $1 per trip, bring them across the border box-by-box or sack-by-sack. They often come concealed in sacks of green bananas, and even in plastic jerry cans with false bottoms that are cut and sewn up.


Most of the smuggled cosmetics tend to be skin-lightening creams that were banned in Uganda in 2016 because they contain mercury and hydroquinone, which some studies have linked to damaging health side-effects.


Because of the ban combined with the demand from Ugandan women that see bleaching as a new trend, traders have resorted to smuggling the products through all possible means.