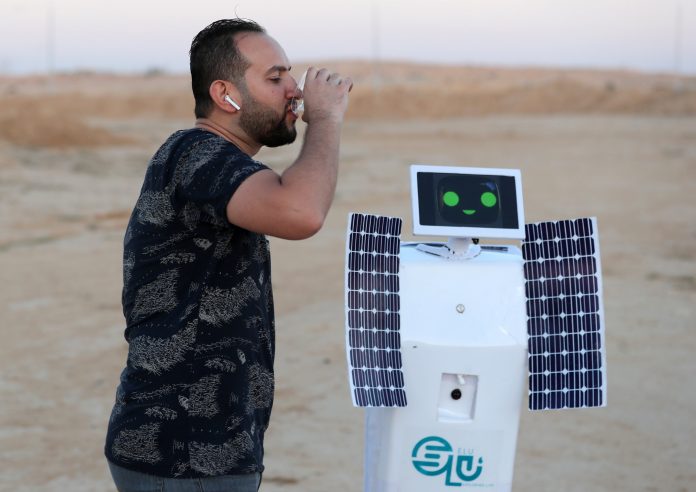 
The engineer, from Tanta city in northern Egypt, said he was inspired by NASA’s flights to Mars. The weather on Mars is known to be saturated with high levels of humidity, while is very dry at the same time.
The technology of generating water from moisture is not new, he said, but the technologies available now are not capable of operating in difficult conditions.
“After obtaining pure water through the process of moisture condensation, the process of adding mineral salts begins until it becomes drinkable,” he told Xinhua.
“These salts are added through artificial intelligence technology in proportions that comply with the standards of the World Health Organization. I test it in a laboratory provided by the Ministry of Environment in Egypt to ensure the quality of water and this helps me develop the project to obtain water conforming to international standards,” he noted.

One of the most important motives that made him think of building this technology is the difficulties of obtaining safe drinking water.
“There is a great global warming that has caused an increase in humidity in the world, and this prompted me to develop a technology to extract water from moisture to maintain ecological balance by reducing moisture by exploiting it to generate water,” he said.
The Egyptian engineer noted that desalinating sea water is very costly as each liter costs around 20 U.S. cents, while the cost of generating a liter of water by his device costs only 1.5 cents.
The device can be used in the desert and get power through solar panels, thus, many cities in the desert can be reclaimed without high costs, he added.


“I hope that the robot will be used by space scientists on their trips to Mars, and that this technology will help scientists make the dream of human life on Mars a reality some day,” El-Koumy said.
Xinhua