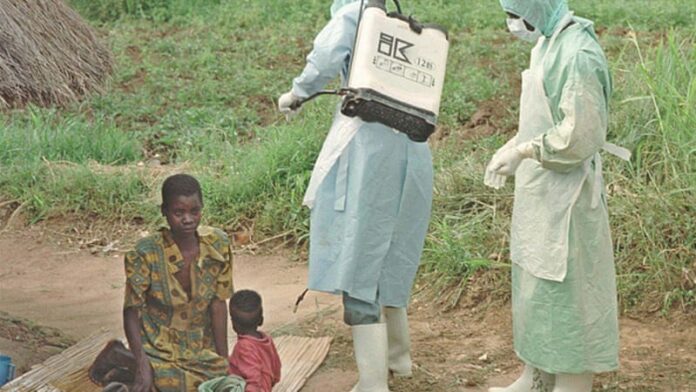 African health experts on Thursday linked a surge in outbreaks of diseases in the continent to increased adverse climatic events.

Patrick Otim, the World Health Organization (WHO) Africa Incident Manager for the Ebola outbreak in Uganda, said Ebola and cholera, which have been reported in several African countries this year, are some of the diseases that can be directly linked to climate change.

Of interest, he added, is that over 50 percent of the outbreaks in the last decade have occurred in the last five years as floods and droughts become common as well as temperature rise due to climate change.
According to Otim, Ebola, a zoonotic disease, can be linked to the increased encroaching of the human population to animal habits and vice versa due to a rise in temperatures and events like drought.

"These climatic conditions result in migration of Ebola hosts like bats from areas that are not conducive to favorable ones, raising interaction between humans and the animals leading to outbreaks," he said.

Uganda is currently battling an Ebola outbreak that has seen the country confirm 131 cases and 48 deaths.
In Nigeria, more than 2.8 million people have been affected by the country's worst floods in a decade, with 1.3 million displaced and several lives lost, according to the United Nations.

Floods affect water systems that make the spread of diseases like cholera easier, said Otim, citing the case of Malawi.
Egmond Evers, the Incident Manager for Greater Horn of Africa Food Insecurity and Health at WHO, said malnutrition, whose cases have been on the rise in Kenya, is directly linked to drought and flooding

"When there are climate events like drought and flooding, they lead to the displacement of people making them food insecure and vulnerable to malnutrition and other diseases," he said.
John Rumunu, the director-general for Preventive Health Services at the South Sudan Ministry of Health called on African governments to put more resources in their health budgets to curb an increase in diseases like malaria and diarrhoea due to climate effects.