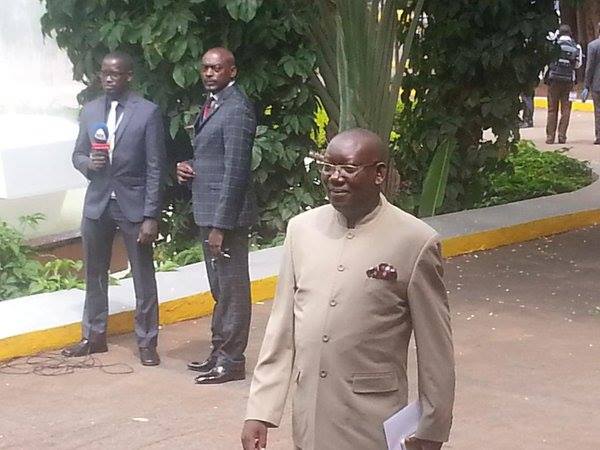 Reacting to the public’s outcry about the amount of money Members of Parliament are being given for cars, Rubaga South MP and former CBS fm radio presenter Kato Lubwama showed his true face.

The Honorable was captured in video that went viral saying that those complaining about the amount of money they have been allocated for cars should go and hang themselves. Hon. Kato Lubwama added that Members of Parliament are meant to travel in such luxurious SUVs. He says he did not come to Parliament to suffer; he came to be better and live better.

The truth is that Kato Lubwaama has been raising funds to buy a Makindye based Biliv Television which he has reportedly fully acquired.

Newz Post understands the Rubaga South Member of Parliament is now the new owner and Chief Executive Officer of Biliv Television following a notice issued to the current Biliv television management and employees.

The new board will take over on the 1st September 2016.

He requested every good Ugandan to support him in raising the funds needed to go for operation.

He went ahead to organize a show dubbed “Legendary Act Of Kato Lubwama” which was held on 13th December, 2014 to raise the funds needed to go for the surgery.

That is not all; Kato Lubwama revealed that he did not have money to vie for Lubaga South MP seat. He was helped by friend’s contributions, including Golden Production boss Mesach Ssemakula. Otherwise, Centenary Bank was about to sell his house for failing to pay off a loan had he has secured three years ago.