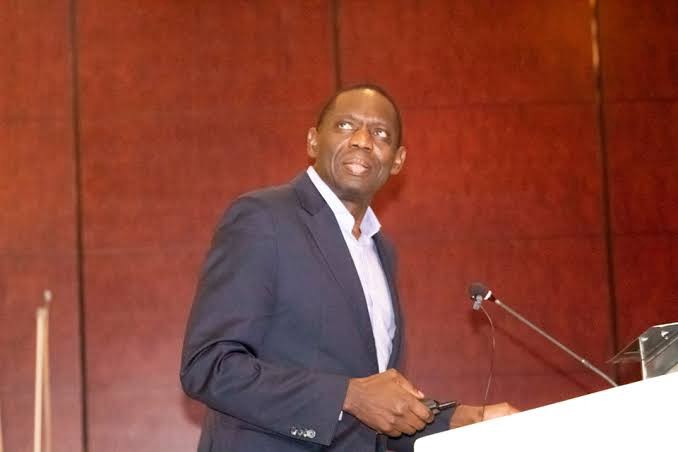 Uganda is grappling with double-digit inflation as spillover effects of the global economic decline filter through the domestic economy, Bank of Uganda (BOU) has said.

Domestic inflation hit double digits for the first time in a decade, rising to 10 percent in September from 2.7 percent in January 2022, according to figures by the country’s statistics agency, Uganda Bureau of Statistics. According to BOU, the closest Uganda’s inflation touched the current level was in August 2012.

BOU in its Annual Report 2021/22 issued here on Wednesday said while the country’s economy grew by 4.6 percent, which was higher than the growth rate of 3.5 percent realized in the previous financial year 2020/21, the decline in growth started in the second half of the year. Challenges started cropping up just as the economy was recovering from the adverse effects of the COVID-19 pandemic.

The challenges, according to BOU, included tightening of global financial conditions, which triggered investors’ exit from the domestic debt market, thus stoking depreciation pressures on the Uganda Shilling; the Russia-Ukraine conflict, which disrupted global production and supply chains; extended drought in some regions of the country; and increased global commodity prices.

The BOU report said a slump in global output is expected to constrain demand for Uganda’s exports of goods and services as a number of advanced economies turn inward to boost their economies.

As advanced markets continue to grapple with record inflation levels and maintain tight monetary policy stances, developing economies like Uganda will continue to feel the pinch.

Michael Atingi-Ego, Deputy Governor of BOU in an article on Wednesday, said fighting the rising inflation is important for securing people’s survival and well-being. Atingi-Ego argued that the country has a consistent and prudent economic policy framework that is being used to tame the rising inflation.

He said as the country grapples with restoring inflation to low and stable levels, there will be some repercussions, like a transitory increase in unemployment and a transitory reduction in the rate of output growth.

BOU in June started increasing the policy interest rate, the central bank rate, for the first time since October 2018. The central bank rate is a rate set to influence the lending behavior of commercial banks so as to foster price stability and a sound financial system.

Atingi-Ego said raising the cost of borrowing helps to avoid having too much money chasing too few goods whose supply has been severely constrained by the disruption in the global supply chains and the Russia-Ukraine conflict, among other factors.

BOU incrementally raised the central bank rate from 6.5 percent in May to 10 percent in October. The bank said it will gradually increase the policy rate until projections show that inflation will average 5 percent in two to three years ahead. Inflation above an annual average of 5 percent retards economic growth and derails economic development, according to the bank.

Atingi-Ego said the tightening of government expenditure coupled with the bank’s contractionary policies will reduce inflation.
The government is also scaling up efforts to boost local production and increase value addition in a bid to support import substitution and diversify the country’s export base. This, according to the central bank will increase foreign earnings and reduce the exchange rate volatility typical of a relatively shallow and narrow export base. Appropriate import substitution and exchange rate stability protect the country from externally generated inflation, said Atingi-Ego.

Uganda is also pinning hope on the projected pick-up in Foreign Direct Investment following the February announcement of the Final Investment Decision by oil companies in the country.

France’s TotalEnergies and the China National Offshore Oil Corporation this year announced a 10-billion-U.S.-dollar project, which is a major move towards the country starting commercial production of oil. This, according to BOU, provides an opportunity as advanced economies look to new sources of crude oil away from Russia. In the short-term period, this is viable as countries are yet to concretize green energy sources, according to the BOU report.

read: A Bank on a Mission: How Equity is Shaking Up Uganda’s Banking Industry