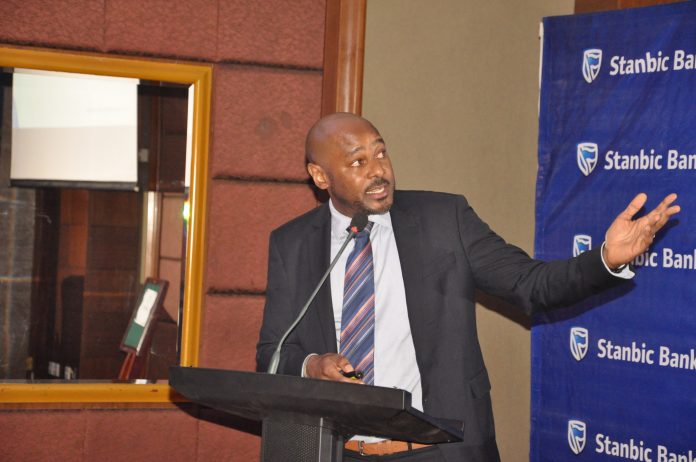 The Stanbic Purchase Managers Index (PMI) for October indicates a general improvement in the business environment in Uganda.
The survey sponsored by Stanbic Bank and produced by IHS Markit, posted 56.3 in October, up slightly from 55.7 in September and above the series average.


The headline PMI shows that Ugandan companies continued to secure greater volumes of new business in October, expanding production with the help of increased staffing levels in response.
The report which contains the latest analysis of data collected from the monthly survey of business conditions in the Ugandan private sector shows that purchasing activity increased for the twentieth successive month in October amid higher new orders, with inventories also expanding.

Growth of both output and new orders was recorded across each of the five broad sectors covered by the survey.
Benoni Okwenje, Stanbic Bank Uganda’s fixed income manager commenting on the findings said new orders expanded for the thirty-third month running, with panellists linking the rise to increased customer numbers, marketing and competitive pricing.
“Companies responded to higher new orders by increasing their business activity, aided by a further expansion in staffing levels. The rise in employment helped firms keep on top of workloads, with backlogs of work declining again,” he explains.


Okwenje explains that with input costs rising, companies in Uganda increased their output prices accordingly.
Some panellists reported that improving customer demand enabled them to raise their selling prices. Charge inflation was recorded in all monitored sectors, except for agriculture which saw no change in output prices.
According to the report findings, further improvements in demand are expected over the coming year, contributing to confidence among companies regarding the 12-month outlook for business activity.


Jibran Qureishi, Regional Economist E.A., Global Markets at Stanbic Bank commented: “The short rains seem to have started early this season which should thus bode well for agricultural productivity in H1:2020. In fact, we still expect the government continue investing in oil related infrastructure which will probably continue to anchor GDP growth to remain more or less around the 5.8%-6.0% level over the coming year.