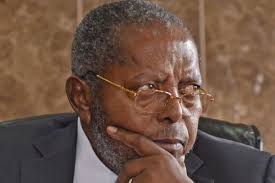 The Uganda shilling traded sideways with no distinct trend as market activity remained curtailed due to Covid 19 effects on the broader economy.
At the close of week, the shilling was quoted at 3800/3810.


In the fixed income segment, there was no primary auction , market activity was restricted to the secondary market with scanty trading reported.

In the regional currency market, the Kenya shilling held steady, riding on anticipation of disbursement’s from IMF and World Bank to support the Kenyan economy . The shilling was quoted at 107.20/40.


The global markets, saw the US dollar on the back foot undermined by the news that US economy shrank by 4.8% in the first quarter of 2020 ending a record streak of expansion.
The decline was attributed to the lockdown that led to rapid change in demand by businesses and households.
In the Eurozone, the regional currency was bullish supported by the news that ECB was to provide additional liquidity to the banks at concessionaire rates in order to shore up the financial system.


In the U.K., the GBP was firm as authorities showed no signs of easing the lockdown.

‘ ‘Outlook for the local currency indicate a stable unit with mild bias towards slight depreciation as the markets anticipate pick up in demand due likely easing of lockdown measures in the coming weeks” says Stephen Kaboyo, the Alpha Captial Markets boss