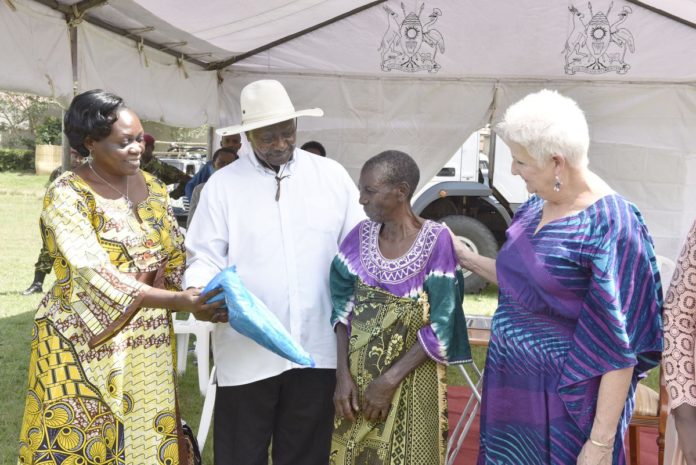 President Museveni has called for action against Malaria at all levels by all stakeholders. He says the household levels should lead in the fight.
‘‘Malaria is understood to be both a disease of poverty and a cause of poverty. Malaria has significant measurable direct and indirect costs, and has recently been shown to be a major constraint to economic development.’’ The president noted while officially closing the national distribution of mosquito nets at Kabwohe play grounds, Sheema district.


The president noted that the progress made from 2009 to 2014, reducing malaria prevalence from 49% to 19% has stagnated in recent years (2014 – 2017), begging for urgent innovative approach at all levels, if the Uganda Malaria Reduction Strategic Plan goal of 7% prevalence will be achieved by 2022.

In 2017, more than 9.4 million confirmed cases of malaria and 5,111 deaths were reported, this, the president said calls for greater investment in malaria control – particularly at the domestic level.
Economists believe that malaria is responsible for a ‘growth penalty’ of up to 1.3% per year in some African countries. When compounded over the years, this penalty leads to substantial differences in GDP between countries with and without malaria and severely restrains the economic growth of the entire region.


In the last decade Uganda’s malaria treatment policy has been complicated by the emergence and spread of drug resistance to widely used antimalarial medicines.
Government successfully changed the first-line antimalarial treatment policy twice in just five years: The problem of chloroquine resistance became so significant that the country was compelled, in 2000, to change the first line option from chloroquine alone to a combination of Fansidar and chloroquine.

However, the lifespan of the new policy was short-lived, again due to resistance. Consequently, in 2004, Uganda once more changed the treatment policy to the WHO recommended artemisinin combination therapy (ACT).
Government then adopted the ACT, Artemether Lumefantrine, and deployed it in 2006, making it available free of charge through the extensive network of public and not-for-profit health facilities.