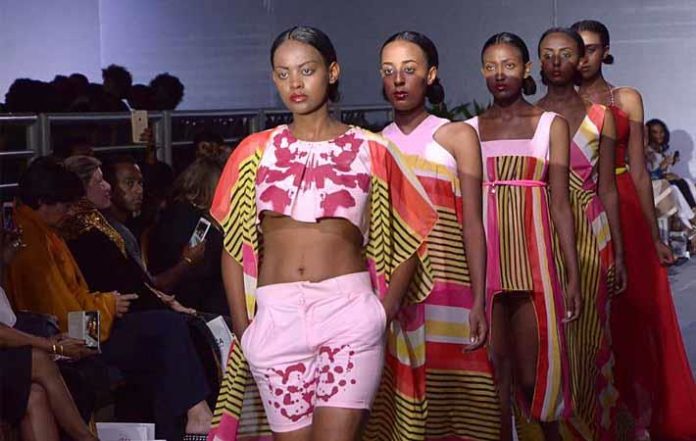 Ethiopia is showcasing its prowess in textile and garment industry at the ongoing Africa’s main trade show for cotton, textile, apparel, home and technology industries.
The African Sourcing and Fashion Week, which will last toward Friday, has gathered some 230 international producers and exporters from 25 countries, the organizers Trade and Fairs East Africa and Messe Frankfurt indicated Tuesday.
Among the variety of products showcased at the trade show include apparel fabrics, leather goods, fashion and fashionable accessories. Home and household textile providers are also among exhibitors as part of the event.


According to the organizers, the exhibitors are drawn from countries such as Turkey, the United Arabic Emirates, Tanzania, Sri Lanka, Bangladesh, India, Italy, Germany and the host nation Ethiopia.
The 4-day event, as part of its opening day program, evaluated Ethiopia’s Hawassa industrial park, in which panelists indicated the industrial zone as a “model of sustainability” in Africa’s textile and garment industry sector. Digital sourcing was also major discussion topic during the event as a new sourcing opportunity for the African continent and beyond.


According to the Ethiopian Ministry of Industry, Ethiopia has earned close to 90 million U.S. dollars from the textile and garment sector during the just concluded Ethiopian 2016/2017 fiscal year, largely from industries installed in newly built industrial parks across the country such as the Chinese-built Hawassa industrial park.
The textile and garment industry sector, which represents the lion’s share of Ethiopia’s growing manufacturing sector, has been given due emphasis in Ethiopia’s second five-year Growth and Transformation Plan (GTP-II), due effective from 2015 to 2020.
Source: Xinhua