Home Health & Fitness Ebola Outbreak: ‘‘We have confidence in Uganda to contain this outbreak’’-US ambassador 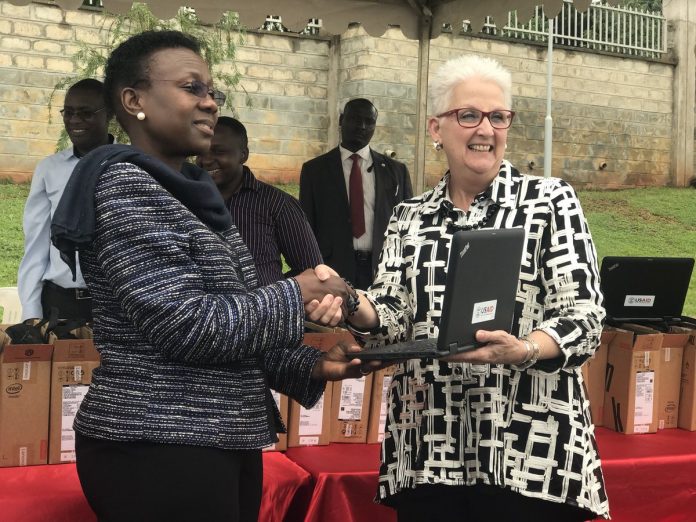 The US ambassador to Uganda Amb. Deborah Malac revealed on Wednesday that Uganda has capacity to contain Ebola outbreak.


The Ebola outbreak which has killed more than 1,400 in the neighboring DRC for the last one year was Tuesday confirmed in Uganda in the western border district of Kasese.Two people, a five year old and his grandmother passed on yesterday.
Meanwhile, the number of those associated with the haemorrhagic disease hit 10 by Wednesday evening. Dr Jane Ruth Aceng, the Health minister, said there are more seven suspects, including two men, two women and a six-months-old baby, who came from the DR Congo. All the cases are at the isolation facility.

In a tweet on Wednesday, Amb. Malac said ‘ ‘We have confidence in the health teams and Ministry response to contain this Ebola outbreak.’’

How Ebola spread to Uganda

The dead boy’s father is Ugandan and the mother Congolese. Both resided in Kasese, a town in western Uganda about 25 kilometres inside the border.
The mother and child were among several family members who had travelled to Mabalako – one of the epicentres of the outbreak in Congo – to care for the mother’s father, who subsequently died of Ebola at the end of May.


According to the Congolese health ministry, 14 members of the family – 12 of whom were already symptomatic – arrived recently in Kasindi, the Congolese town on the other side of the border from Bwera.
Officials at a border health checkpoint noticed their condition and would not let them pass, transferring them to a transitional isolation centre at Kasindi hospital.
Six members of the family, including the boy, subsequently left the isolation centre and headed for Uganda, crossing the border on 10 June on foot using an unofficial route to avoid health checks.


The Congolese health authorities notified their Ugandan counterparts, who found them at Kagando hospital, between Bwera and Kasese. The boy – who was vomiting blood – and the other five family members were taken to an Ebola treatment unit in Bwera.- The New Humanitarian

What is being done to prevent the spread?
In order to contain the Ebola outbreak, government is working with partners to undertake the following measures;
Mass gatherings including market days and prayers have been cancelled. Market days in the town of Kasese attract an estimated 20,000 people at the border area.


Uganda’s health ministry and the WHO said a rapid response team had been dispatched to identify others at risk.
The country has already vaccinated about 4,700 health workers against the disease, according to a joint statement by WHO and Ugandan health officials.
On Wednesday, WHO head Tedros Adhanom Ghebreyesus said that he would hold an IHR Emergency Committee meeting on 14 June.


The government of Uganda has developed and finalized a 72-hour costed comprehensive response plan.
• Always wash your hands with soap and clean water.
• Government of Uganda appeals to communities in all DRC-Uganda border districts to suspend market days, mass gatherings such as in places of worship, burials, wedding.


• Report any suspected cases with signs and symptoms such as unexplained bleeding from anybody openings, vomiting blood, bloody diarrhoea, muscle pain, headache, fatigue, abdominal pain and sudden unexplained death to the nearest health facility.
• Avoid touching a patient suspected to have Ebola. 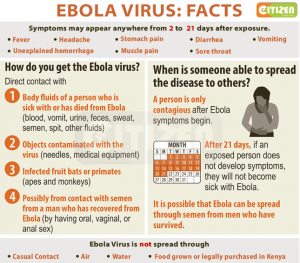