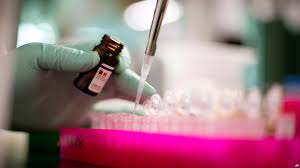 The death toll from an outbreak of the food-borne disease listeria in South Africa has more than doubled from previous numbers given in January to 172 deaths, the government said on Thursday.


The National Institute of Communicable Diseases (NICD) said 915 cases of the disease have been confirmed since January last year, up from the previous figures given last month of 61 deaths and 720 confirmed outbreaks.

The government said the source of the outbreak was still unknown.


“The NICD is optimistic that the source of this outbreak will be found, and urges members of the public not to panic unnecessarily,” government said in a statement, saying authorities were trying to find the source of the outbreak.

Listeriosis is caused by a bacterium found in soil, water and vegetation. People usually contract it through animal products and fresh fruits and vegetables.


The disease causes flu-like symptoms and can lead to nausea, diarrhoea, infection of the blood stream and brain. It poses a higher risk for newborns, the elderly, pregnant women, and persons with weak immunity, the health department said.

South Africa’s most densely populated province Gauteng accounts for 59 percent of reported cases, followed by Western Cape with 12 percent and KwaZulu-Natal with 7 percent.