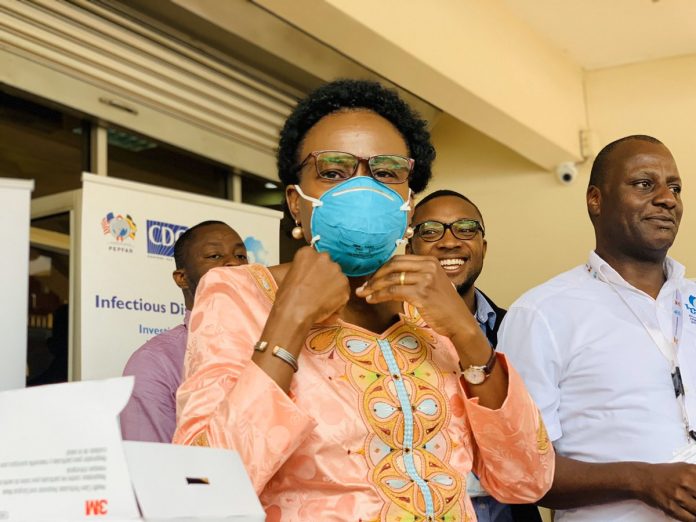 Uganda’s confirmed coronavirus cases have risen to 61 after the inclusion of five new imported cases from Tanzania and Kenya- health ministry revealed on Tuesday.
The case was from 651 samples tested from truck drivers at border points of entry.


The Director General Health Services, Dr Henry Mwebesa said new case, the 32-year-old Kenyan truck driver arrived at Malaba border post from Kenya
This is the fourth Kenyan driver [ and one Tanzanian truck driver] to test positive for COVID-19 in Uganda in the last two weeks.

The World Health Organisation International Health Regulations require that every case is counted and treated in a country where it was tested and confirmed. Against this background Uganda is required to add the five positive foreign truck drivers to its statistics -1 Tanzanian and 4 Kenyans. Mwebesa said this includes the two cases who had earlier gone back to their respective home countries


Previously, Uganda has been repatriating foreign cases back to their home countries. Two weeks ago, Uganda started testing all cargo truck drivers that enter the country. Since then, all the previous six of the five positive cases have been of truck drivers.
On Tuesday, Kenya’s cases rose to 296 after 15 new cases were registered, with 14 death, Rwanda’s cases rose by 3 to 150, while Tanzania’s case were still at 254 with 10 deaths while Rwanda’s stands at 150.

meanwhile, on tuesday, Tanzania Ministry of Health announced a National prayer day to be conducted on Wednesday at Karimjee grounds in Dar Es Salaam as a measure in combating the spread of Covid 19.