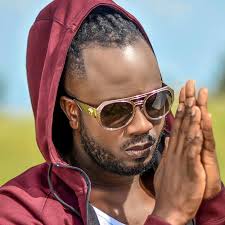 By Bebe Cool
Using the moral authority vested in me by the 20 years’ experience in the music industry, I hereby present to you my best choices for the year 2019;
1. John Black (Obubadi, Do Dat, Byalagilwa, Makanika). Like Fik Fameika did a few years ago, he has made a big entry into the industry with many hit songs thou none qualifies as my song of the year. He will however need to work with different producers if he is to break the monotony and predictability of his sound.


2. Sheeba (Enyanda, Sweet Sensation & Onkutudde). She has surprisingly remained consistent as the top female artist in the country by releasing many hit singles. She still maintains a wide gap at the top among female artists.
3. Spice Diana (Jangu Ondabe & Omushehe) She has come along way to emerge among the top female artists this year and this is mainly because of her well crafted showbiz antics. She however needs to do more hit singles if she is to sit at the same table as Sheeba)
4. Vinka (Sure, By the Way). To some extent, she has maintained consistence but I expect more given that she is supported by a strong record label. She could also have been affected by monthly release of songs, something that doesn’t allow enough airplay for each song. My hope is that her new signing with an international record label will avail her enough resources to push her to the top this year.

5. Bebe Cool (Wire Wire, Nkuliyo & Easy) I undoubtly remain on top of the pack for yet another 20 something year. My consistence is mainly attributed to the quality of my audios & videos as well as the versatility in my music styles. I believe that my level of popularity would have been much higher if not for my political lineage that splits some of my music fans. I must say thou I have received overwhelming praise for my good music from even those with a divergent political lineage.
6. Cindy (Boom Party, Copy Cat). The King Herself deserves much respect for her revolution from oblivion. While most legends have failed to protect their seat at the table, she has emerged from the hustle to come back to the top. She will need to maintain whatever she did this year if she is to stay at the top. I personally know what it takes to remain relevant in this very competitive music industry, kudoz to you Cindy.


7. Fik Fameika (Tell Me, Omu bwati). I was worried about his consistence because of the monotony in his sound in the previous two years but am glad to say the young man broke the monotony by changing styles. He has remained on top of his game. I know the financial challenges of the direction he has taken (making collabos with International stars). He will require a lot of resources if he is to release enough songs.
8. Grenade (Nkuloga & Mpulira Bibyo) This breakthrough artist impressed me a lot given his emergence from street life. He has played a good relevance game that brought him the deserved attention but he needs caution against being careless with his social life.


9. Pallaso (Ekilo mu Nzikiza & Wine and Wine). It is unfortunate that this fellow has an unlikable character and it surprises me that his songs gained some level of traction this year. Nevertheless, he deserves credit.
10. Kent & Flossy (Muzaanyo & Squeeze ft. Fille). Their song Squeeze competes in the category of song of the year. These handsome friends of mine have a likeable character but need to be a bit more aggressive.
11. Daddy Andre (Sikikukweka, Kyoyoya, Kukyookya, Don’t Stop). This is an absolute talent who triples as a song writer, producer & musician. I prefer to talk about him and a song writer and producer because most of his recognition this year comes from that. In this area, I cannot talk about him without mention his stiff competition from producer Ronnie on this one who appears to have equally bigger songs written and produced by himself like Nkuloga, Enyanda, Wire Wire, Semyekozo, Nkuliiyo. I am looking forward to what these two have to offer this year. I imagine Ronnie singing like Daddy Andre does and what it would mean for some of us in the industry.


12. Eddy Kenzo (Semyekozo). My brother had taken quite some time without a bream hit song but I can authoritatively say he has it now. I don’t care if it comes as a sympathy song but it ranked among the top songs as the year ended.
13. Levixone (Chikibombe). He is currently the biggest gospel artist with no competition in the gospel industry.
14. B2C (Gutujja ft. Rema) They have emerged as the best group and this song ranks among the top three songs of the year. They however need to concentrate more on singles.
15. Recho Ray (Guma Bakunyige, Kigwa, Bwogaana ft Winnie Nwagi). She is my best new female entrant with great attitude and for now she is in her own league as a female rapper. She is Zuena’s choice too.


16. Carol Kasiita (Kuba Yaka, Binyuma, Mwoto) She’s one of the most aggressive new female talents to have emerged this year with very good songs that don’t need much explanation. I wait to see her consistence.
17. Fefe Busi (Love Yo) WARNING!!!!
18. Ricky Man (Tunyumilwe) He has one song each year that is always is a hit. He also has a likable character
19. Big Trill (Parte after Parte, Gi Ddem) Parte after Parte emerged the biggest song to represent us internationally. It is on every DJs playlist in Africa. The name of the song however overshadowed the song itself and the artist. I am torn between WIRE WIRE and PARTE AFTER PARTE for the SONG OF THE YEAR award in Uganda. Kudoz to Big Trill.


20. Tonix (Sunday) But this song is attributed to Slick Stuart & Roja. I have to conclude that recognition goes to Slick Stuart & Roja.
21. Beenie Gunter (No letting Go ft. Lydia Jazmine) He is the most underrated artist yet he has great talent.
22. VIP Jemo (Sima) It is OK.
23. Fresh Kid (Bambi) He is an amazing young talent with a lot of potential if he is given the right direction. I love him and will support him where need be.
24. Fresh Daddy was the JOKE OF THE YEAR

thank the above artists for working hard. I know you deserve more than just recognition and I am working hard to ensure you get what you deserve for giving Ugandans joy and happiness throughout the year.
I also thank the media, audio and visual producers, song writers, DJs, promoters & Artist Managers and more importantly the fans.


The above order notwithstanding, I remain the biggest artist in Uganda. Happy New Year and Thank you President Museveni.

read: Bebe Cool: I had to first go to the toilet to gain confidence, approach Zuena the first time