Home Business Bank of Uganda Governor Race: Is Amelia Kyambadde ahead of other contenders? 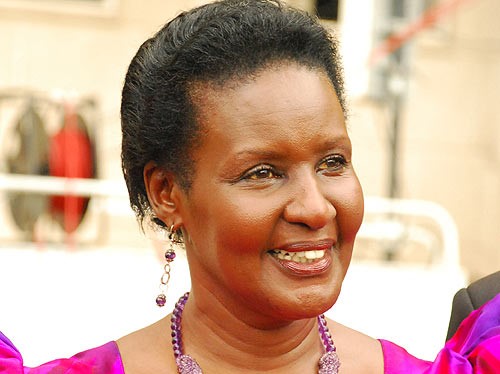 Eleven months after the death of Prof. Emmanuel Tumusiime Mutebile, the position of Governor, Bank of Uganda (BoU) remains vacant.
Mutebile died on January 23, 2022, at a hospital in Nairobi, Kenya. According to the BoU Act, the president, with advice from the cabinet, has the power to appoint to the governor and the deputy governor.
So why is it taking the appointment authority so long to name a new governor? Is it true that we lack capable, seasoned Ugandans?
A senior person with past experience working with the IMF and the World Bank asserts, “We actually have many competent, experienced, and exposed Ugandans for the job.
“So, what is the problem?
‘’ The position of the governor is very key. In fact one of the top two strategic positions for any African president.’’ he said without giving further details
He adds: “The appointing authority therefore always ensures that the persons occupying such positions are those he trusts and who are very loyal, besides being capable.”


In addition to having experience, Mutebile also showed his supervisor a lot of loyalty. Additionally, the president placed a lot of faith in him. According to a top BoU management official who worked closely with the late boss, Mutebile had a “distinctive manner.”
He presented himself as “a bull” in front of others. To the public, he was the only one who was capable of “handling” Museveni. He was a yes guy and devoted to his boss in private, though.
“Having a person who the public knows as tough, the one who can “manage” Museveni but in private is very loyal and submissive [also qualified and not corrupt], is not as easy as you may think to find. In fact, if Mutebile had not died, he would have been governor as long as Museveni was president. The constitution is open-ended when it comes to the governor’s position. It does not talk about “term limits,” the BoU official revealed.

There have been a number of names suggested as candidates for the seat at Plot 37/45 Kampala Road, but a reliable insider with access to influence thinks Amelia Kyambadde stands a stronger chance.
Qualifications, experience, and economics understanding are typically very important factors. Candidates must have a solid reputation, be of excellent moral character, appeal to the nation, and be loyal to their employer.
From 1981 to 1986, Amelia worked for Mr. Museveni while he was in exile. From 1986 through 2010, she was the President’s Senior Personal Secretary and Principal Private Secretary. From March 2011 to June 2021, she was minister of trade. She is undoubtedly highly dependable and the hiring authority has faith in her, which are crucial qualities for the governor’s post.
Mutebile was one of the original founders of former President Museveni’s Uganda Patriotic Movement.

Is she qualified?
Interviewed for this story, a senior BoU official had this to say: “Experience may not necessarily matter; the bank has competent people in all departments.” The bank also has structures. Mutebile had been sick for a long time before his demise, but it did not create any crises because there were systems in place. So all you need is someone with experience in management.’’


Kyamadde is also well educated. She holds a Bachelor of Business Administration degree from Makerere University and an MBA from the American InterContinental University in London, United Kingdom.
The Governor also needs to win over and get the approval of the funders, particularly the World Bank, the International Monetary Fund (IMF), the Department for International Development (DFID), and the African Development Bank.
Amelia has held a number of executive posts over the past few years, including minister of trade, industry, and cooperatives.
Chair, Forum for African Ministers of Trade, Africa Continental Free Trade Area (March 2011–June 2021) (AfCFTA). Chief Negotiator for the African Continental Free Trade Area (AfCFTA) (June 2018–June 2019) (2018-June 2019),She was also Chair – Least Developed Countries, World Trade Organization (2014), Chair – Sectoral Council of Ministers of Trade – East Africa Community (2014 – 2015), Chairperson – Council of Ministers of Trade (COMESA) (2013 – 2014) as well as National Treasurer, National Resistance Movement (NRM). (2010 – 2015)

‘‘It should also be noted that the president has always surprised us. Remember how he appointed Hon. Matia Kasaijja as minister of finance? A politician with no experience in finance many thought Kasaijja would be finance minister for a short time. We were wrong. He has held the docket for seven years now. He was first appointed to that position on 1st March 2015. ‘’

As we get closer to the 2026 general elections, which are expected to be very competitive, you’ll need a loyal, trusted person as governor. Said a political analysts when we reached out to him for a comment.
Elections in Uganda have been commercialized: a person aspiring to be a Member of Parliament needed in excess of Shs500 million to contest in the 2021 general elections, a study on campaign financing indicated. And there is no guarantee that you will win.

If an MP needs over 500m, what about a presidential candidate who has to traverse the entire country. Besides, the party has to financially support its members. That is a significant sum of money. We leave it at that.

Board “extends” tenure by two months

In the meantime, the BoU board “extended” her tenure by two months. They assert that despite being nominated by the president in November 2017, they didn’t receive their instruments until February 2018. Their tenure officially ends in February 2023.