Home Politics Will Buganda Kingdom ever regain her glory? 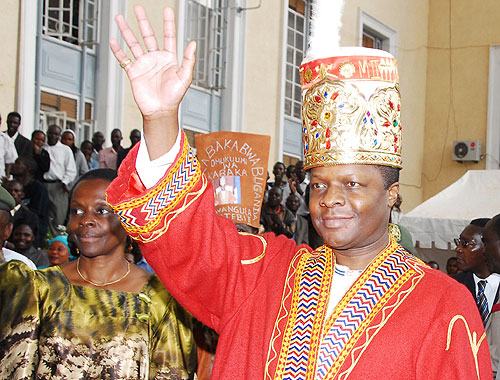 When Charles Peter Mayiga, was appointed Katiikiro a few years ago, the passionate Mayiga declared that his mission was to ensure that Buganda regains her past glory. It is evident, the Baganda and the Buganda kingdom power, and influence is slowly and gradually disappearing.

Unlike his predecessors, Mayiga is a man of action who chose development as opposed to politics. The Kingdom has achieved so much in the little time he has been Katiikiro.

Regrettably, some officials at Mengo are reportedly working towards his downfall. Recently, a group of Baganda Youth reportedly with support from some Kingdom officials stormed Bulange demanding the Kabaka sacks Mayiga. 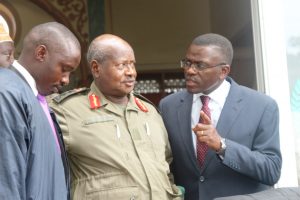 Addressing the Lukiiko recently, the Buganda premier, revealed that the enemies of Baganda   have now resorted to using the media to fight the kingdom pointing, out Male Mabirizi Kiwanuka, who recently dragged the Kabaka to court over the compulsory land registration fees.

Analysts point out that if the enemies of Baganda successfully manage to bring down Mayiga, this might be lost golden opportunity for Buganda to return to glory.

Mayiga has been described as one of the exceptional Katitkiro’s Buganda Kingdom has had in the recent past.

Already the kingdom seems to be trailing on a number of fronts. With the exception of CBS Radio [which is also slowly losing out to competition], the kingdom, despite having the numbers, highly skilled manpower, seems to be failing to tap into this resource. And the examples are not hard to find.

Muteesa 1 Royal University was seen as another opportunity to revive the kingdom’s glory by offering the kingdom subjects relevant education at affordable fees. Nine years later, it is increasingly becoming evident the university will never realize this vision. 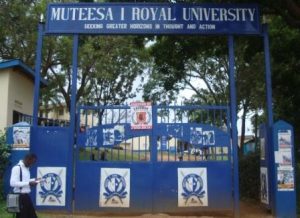 The University has been rocked by several students’ strikes that at one time, the students locked the Vice-Chancellor in the toilet. The university’s problems are said to be partly result of the infightings at Mengo.

The MRU is said to highly in debt, with nothing that equates it to the 21st century University. The University buildings are dilapidated, owes millions of shillings to the Uganda Revenue Authority and National Social Security Fund. According to a recent report by the National Council of Education, the quality of education offered at MRU is said to be wanting.

The institution is said to be surviving on bank loans and well-wishers to meet operational costs.  It is evident, if the crisis at MRU is not fixed, two things will happen, Parents will shun the university or the National Council for Higher Education will be forced to close it.

The launch of K2 Telecom in 2012, a Buganda Kingdom network promised a new era. With over eight million Baganda, the network was destined for success. Four years later, the network is not only failing to break even, but also slowly disappearing. The network’s silence is enough to tell all is not well.

Market reports indicate K2 telecom is struggling due to cash flow challenges. Market reports indicate the company has less than 100,000 subscribers, which is below the one million subscribers needed to break-even. Even then, the sizeable percentage of current K2 subscribers are said to be dormant– -have not made calls in the last 90 days. This makes the business difficult. K2 failure is largely lack of clear strategy and understanding of how Mobile Virtual Network Operator (MVNO) operates-which raises questions on team selection. 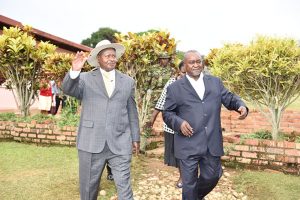 As Tamale Mirundi notes, today the top leadership of Uganda’s main political parties (National Resistance Movement, Forum for Democratic Change) to some extend the Democratic Party and Uganda People’s Congress are commanded by other regions. The Baganda have been relegated.

Back then, the Baganda commanded a sizeable percentage of Uganda’s rich class. They owned huge chucks of land, large coffee and Banana plantations. The Baganda were also into transport, markets, exports and import trade.  All this is now history. 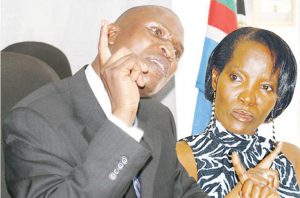 It is also true that while other tribes will come together to help a colleague that is not possible with the Baganda. There is this saying that a typical Muganda will always work towards bringing down a successful colleague.

Somehow, the Baganda have lost the hardworking spirit for quick money. This has forced many Baganda especially the, youth to sell inherited land to buy boda boda’s. A simple survey reveals that most youth on Kampala streets, including those riding Boda boda’s, gamblers, are Baganda who have sold their parents’ land to come to Kampala. It is also true most of the land in Buganda has been sold to non Baganda who have set up, farms and other investments. 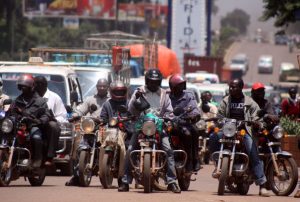 With the infighting at Mengo, the seat of Buganda Kingdom, mistrust among Baganda, the Baganda selling off their land, Baganda Youth shunning education for gambling and boda boda, it might require divine intervention for Buganda to regain her past glory. 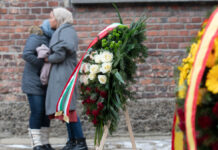