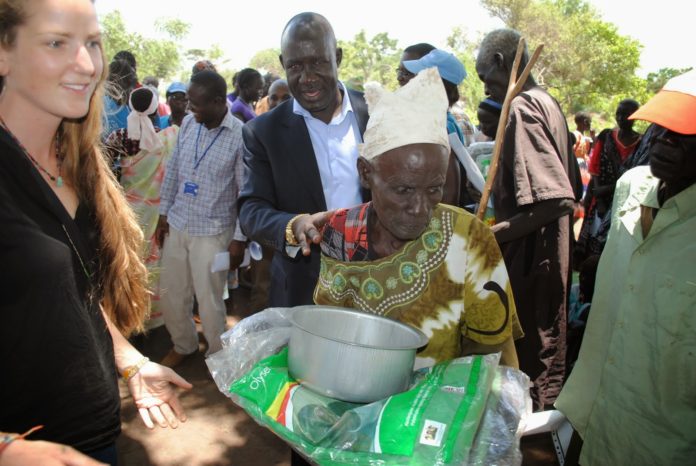 Government said on Thursday it had suspended five officials, including a senior technocrat, following United Nations allegations of possible fraud in the management of relief aid to the East African country, home to about 1.5 million refugees.


The allegations have drawn unusually pointed and public comments from foreign governments, including the U.S. ambassador.
Musa Ecweru, junior minister for relief and disaster preparedness, told Reuters the five officials suspended included Apollo Kazungu, a commissioner in the office of the prime minister who has been in charge of refugees.
“Our zero-tolerance to corruption is not a slogan, we have asked the PS (permanent secretary) to get those suspected to step aside,” Ecweru said.

Uganda said this week it had started an investigation into allegations that officials defrauded donors by inflating refugee numbers and diverting food aid.
The country hosts slightly more than one million refugees from its northern neighbour, South Sudan, where a raging civil war has left tens of thousands dead, economic ruin and mass displacement.


But allegations of possible theft of these funds have unsettled donors. Both the European Union and United States have call for urgent investigations to establish what went wrong.
The EU has asked its own anti-fraud office to conduct a separate investigation.


U.S. ambassador Deborah R. Malac said Uganda needed to conduct investigations urgently, ensure the restitution of any lost funds and prosecute anyone found to be involved in fraud. Failure to act would make it hard for governments to trust Uganda as a partner, she said.
“We cannot stress enough the fierce urgency for swift and definitive action,” she said at a meeting between donors and Ugandan officials on Thursday.

“Anything less than such actions would breach the trust bestowed on Uganda by the international community,” she said.
The United States alone, she said, has contributed over $500 million to the U.N.’s refugee agency, known as UNHCR, and the World Food Program over the last two years.
///Reuters