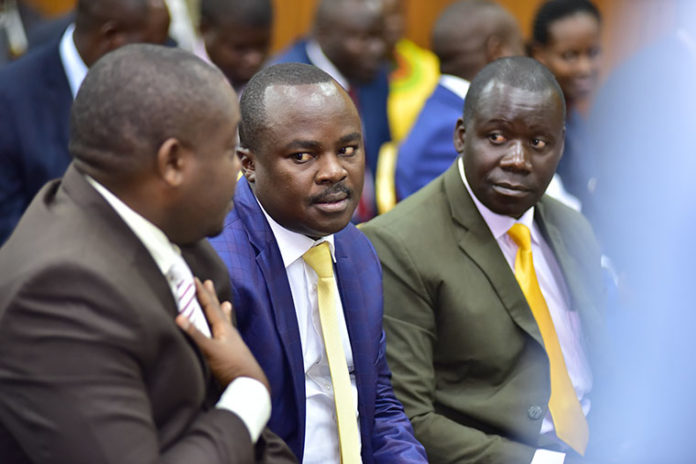 
Up to 13 billion Uganda shillings has been released to members of Parliaments to facilitate their consultation with constituents on presidential age limit Amendment. Every of the 449 MP’s has been given Ugx. 29 million.
Parliament’s director of Communications and Public Affairs, Chris Obore says ministry of finance asked Parliament to find the monies from within the already released funds, promising to reimburse. The 13 billion will be diverted from the MPs’ emoluments


MPs get a monthly net salary of Ugx 6.1 million plus allowances ranging between Ugx. 30 million to 40 million, depending on the distance between parliament and their constituencies.
The 13 billion was reportedly Okayed by Finance minister Matia Kasaija after NRM MPs told President Museveni that they did not have money to facilitate their consultations.


read: Where are Uganda’s graduates?

“The clerk to parliament has provided Ugx, 13 billion from the members’ emoluments. Emoluments are allowances they pay, fuel, and transport – all those things. So we have picked Ugx. 13 billion to pay them to go out, because this thing has a time frame. Each MP is going to receive Ugx. 29 million to go to their constituency to consult”, mr. Obore said.