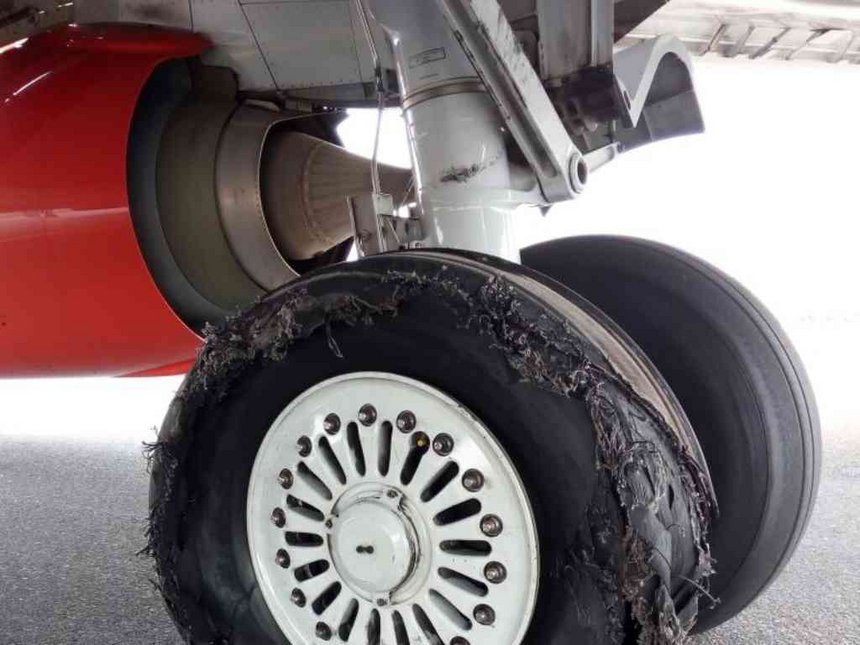 According to a press statement from the Kenya Airways, the plane landed safely and there were no injuries recorded.

“The aircraft is being inspected by Kenya Airways Engineers. There were no injuries. Kenya Airways wishes to thank all its guests for their patience and continued support and assure them that their safety is paramount,” the statement reads in part.

This not the first time a KQ flight is suffering tyre bursts. On July 19th Kenya Airways flight KQ 205 from Mumbai, India damaged one of its tyres during takeoff from Mumbai.

tyre failures on takeoff or landing are not that uncommon. If the wheels hit a piece of debris on the runway at high speed during takeoff it will cut or weaken the tread quite easily, and burst on the landing