Home Politics Kagame: In next seven years, Rwandans must be able to choose my... 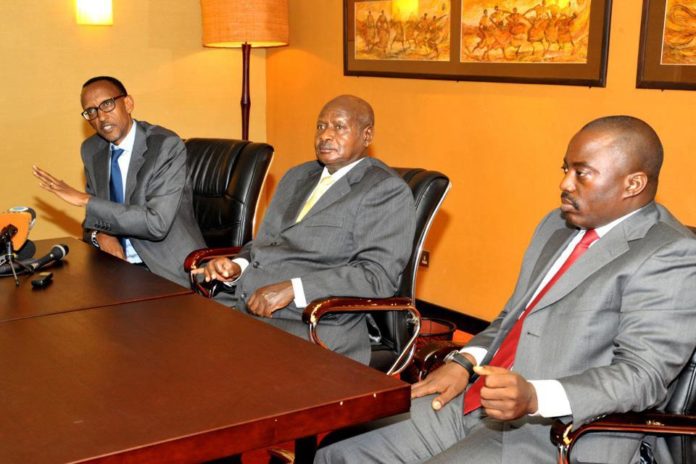 Speaking shortly after being elected Rwanda Patriotic Front Party (RPF) presidential candidate in the forthcoming elections, President Paul Kagame assured party members and Rwandans in general that he will double his efforts so that he reduces the factors that compelled party members to ask him to continue to stay.
‘ ‘ We must work harder so that what made you ask me to stay longer can be addressed in this seven years. ‘’ he said.
The RPF national congress members re-elected President Kagame unanimously, at meeting held at the new RPF Headquarters in Rusororo which the President, who is also the RPF Chairman inaugurated. The presidential elections are due August this year.


Addressing the RPF National Congress, President Kagame said he had been severally in the situation of being called on to lead the people of Rwanda, but that he had never gotten used to the situation:
“I should be standing here today talking about a new leadership. But you decided otherwise. I have been in this position many times but I never get used to it. I will double my efforts so that together we can keep reducing the factors that compelled you to ask me to continue to stay. We must work harder so that what made you ask me to stay longer can be addressed in this seven years.’’

He added: Here is the deal: we have to do things differently, work harder so that the 7 years coming give us some kind of transition. Now that you brought me here to accept it, I will give you my all. I will do it to the best of my ability. The pressure not to run again was less informed and meaningless than the pressure for me to accept it. I had no role in this but to accept it.


To the youth of Rwanda, the president said it was inevitable to get involved in politics, because if you did not, bad leadership would fill the void.


“If you don’t get involved in politics, bad politics takes care of you and the next day you are led by people you don’t deserve. You can be President. But it is not just about being President, it is not a right. Rwanda. Aspire to be a leader, even a President. But above all aspire to be a good leader.
‘ ‘That’s what Rwandans need and deserve. Reject the idea that someone else is better than you and has the right to tell you what you should be.” He said.


President Kagame called on Rwandans to be participants in the development of the country, so that they could together fight for a better tomorrow.


The event was also attended by representatives of leading African political parties and China, and political parties registered in Rwanda, who all wished Rwanda and the people of Rwanda the best during the upcoming elections and to continue unwaveringly on the path of transformation.


READ: Kagame to Rwandese: time has come to start thinking beyond me 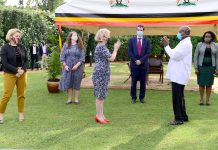 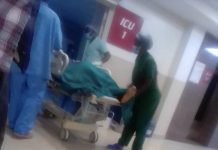