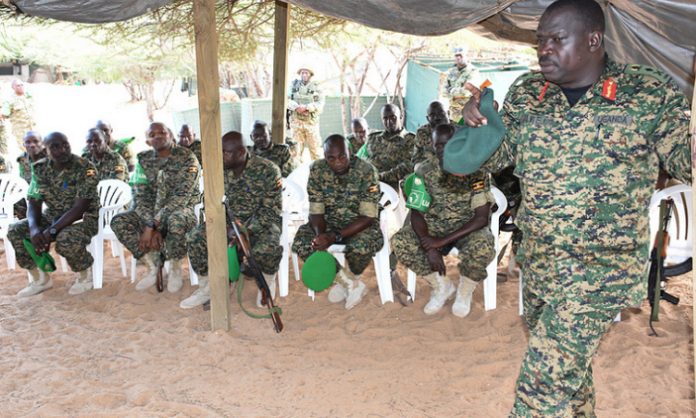 ‘‘There is absolutely no iota of truth… The contents should therefore be ignored and not cause any anxiety.” The UPDF Spokesperson Brig. Richard Karemire clarified following social media reports that the commander of Land Forces Lt. Gen. Peter Elwelu is bedridden and confined at Bombo Military Barracks


On Sunday morning, Ugandans woke up to news that the fearless General who November 2016 November led the army attack on the Rwenzururu king’s palace in Kasese was ‘’critically and secretly bedridden’’ for two weeks
An Online platform which published the story claimed that the news of the General’s state of Health was greeted with pomp in Kasese.

False news
“We wish to dismiss the rumour circulated by “The Capital Times” regarding the health of Lt Gen Peter Elwelu the UPDF CLF. There is absolutely no iota of truth in the mentioned article. The contents should therefore be ignored and not cause any anxiety.” The UPDF mouthpiece say on Monday


Last year, Lt Gen. Peter Elwelu built a worship centre at his home in Anyara sub-county, Kalaki district. The complex, which he named ‘House of the Almighty Father in Heaven Elohim’, is attached to his family house.