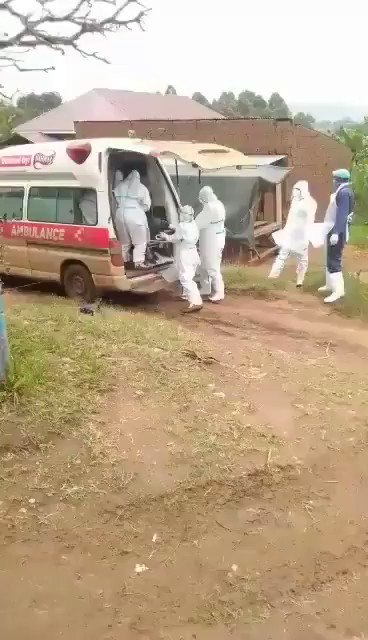 Kenya has recorded 960 new coronavirus cases pushing the country’s total caseload so far to 17,603.
In a statement issued on Sunday, the Ministry of Health said the new infections were recorded following testing of 8,261 samples within the last 24 hours.
Out of the 960 new cases, Nairobi has the highest share with 510 new infections followed by Kajiado 102 and Kiambu with 100 cases


Of the new cases, 952 are Kenyans and eight of them foreign nationals. At the same time, two more patients have succumbed to the disease, raising the number of fatalities recorded in the country so far to 280.
A total of 169 more patients have also recovered from the disease. This now brings the cumulative number of recoveries to 7,743.
Back home, the Ministry of Health officials confirmed the second Coronavirus death as Uganda’s cases on Sunday rose to 1,115.

The Ministry’s spokesperson,Emmanuel Ainebyoona said the deceased was an 80-year-old female who had been admitted to Mengo Hospital in Kampala.
She’s a resident of Mengo, Kisenyi III in Kampala.
She was first admitted at Platinum Hospital on July 24, 2020 at 5pm and later referred to Mengo Hospital. Upon admission at Mengo Hospital, she presented with symptoms consistent to Covid-19 which included fever, cough, chest pain and difficulty in breathing, according to Ministry of Health officials.


Dr Charles Olaro on behalf of the director general health services, in a statement issued Sunday, said the contact tracing and listing process had been initiated. He also confirmed 12 new infections as Uganda’s cases rise to 1,115.
The ministry of health on July 23 confirmed the first case of Covid-19 death in the country. The deceased, a 34-year-old Ugandan female from Namisindwa District in eastern Uganda, passed on July 21 at a clinic in Mbale District.

The @MinofHealthUG has confirmed the second COVID-19 death today.
The deceased, an 80-year-old female, was a resident of Mengo, Kisenyi III in Kampala. She was admitted at Platinum Hospital on Friday, 24th July, 2020 at 5:00pm and later referred to Mengo Hospital. pic.twitter.com/DkXDKVVPS8