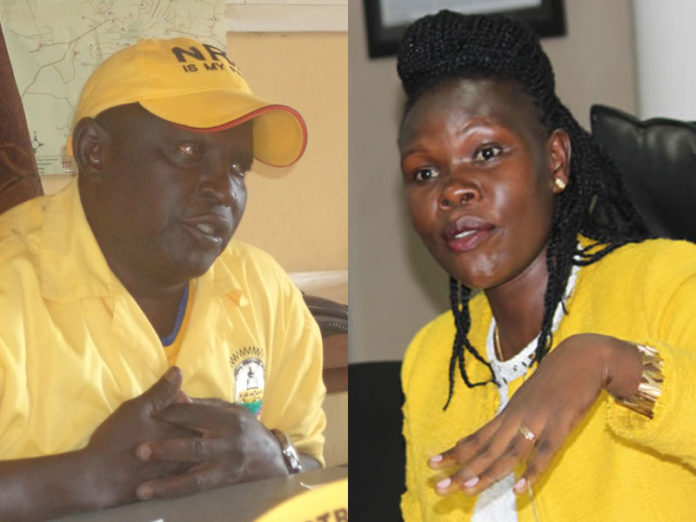 
‘ ‘This year began with plans by President Museveni and NRM to amend the constitution to remove age limits. Your leaders led by opposition presidential candidate for life, Dr. Kizza Besigye launched a campaign around the country to stop this amendment. You claimed that across Uganda “the citizens” were behind you. You designed red ribbons, traversed the county (on your phones of course) threatened nationwide protests to defend article 102b.The constitution was amended. Yet not a single stone was thrown in Kampala to protest this “rape” of the constitution.’’ Mwenda noted in the post.


However, it has emerged that the MPs who voted YES for age limit now fear for their lives and has since secured armed police bodyguards. The MPs reportedly asked for protection, citing people who wanted to attack them in their home areas.
The MPs who sit legal and Parliamentary affairs committee [and supported the bill] have also seen their security boosted- with each of them having three police guards. – Two at home and one body guard.


The internal Affairs minister Jeje Odongo confirmed the development adding that only MPs who supported the bill asked for protection.
‘ ‘ Almost all MPs on Legal and Parliamentary Committee got three guards got three guards each. They were receiving threats even from opposition MPs who were planning to embarrass them at Public functions in their home areas. Others wanted to attack their homes, so we had to secure them’’ Kampala Metropolitan Police Commander Frank Mwesigwa told New Vision.


A survey conducted by civil society organizations indicated that 85 per cent of Ugandans did not support the constitutional amendment to lift caps on the presidential age.

The study, titled: ‘Citizen’s Perceptions on the Proposed Amendment of Article 102(b) of the Constitution’ was commissioned by Citizens Coalition on Electoral Democracy (CEEDU) and Uganda Governance Monitoring Platform (UGMP). It sampled 50,429 citizens in 80 constituencies across the country. It covered 22,926 females and 27,503 male respondents.

READ:Age limit bill: Full list of MPs who voted NO


However, as MPs voted to lift caps on age limit they say: ‘ ‘The people of …….whom I represent said they are agreeable to touching this article.’’

Meanwhile, the opposition MPs and some NRM MPs who voted NO to bill walk freely in their home areas. On Thursday, Bukwo Woman Member of Parliament, Evelyn Chemutai received hero’s welcome at her homecoming to Bukwo. Ms Chemutai who is among the 27 NRM party MPs who voted against age limit. Supporters meet her from the neighboring district of Kapchorwa. The procession became more electrified as she got out of her vehicle and walked.