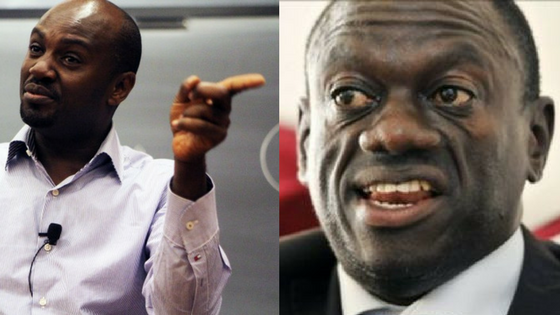 This year began with plans by President Yoweri Museveni and his NRM to amend the constitution to remove age limits from our constitution. I saw nothing wrong with allowing people aged 75 years and above to run for president. Donald Trump is 72, Emmerson Mnangagwa is 75. Yet I feel Museveni should retire and I believe NRM has capacity to keep the candle burning.


However you and your leaders led by opposition presidential candidate for life, Dr. Kizza Besigye launched a campaign on social media and around the country to stop this amendment. You claimed the amendment would “rape” and “defile” the constitution and plunge Uganda into chaos. You sounded very hysterical about it and I thought this time you could do something.


You claimed that across Uganda “the citizens” were behind you. You promised you would mobilize them to save our country from catastrophe. You designed red ribbons, traversed the county (on your phones of course) threatened nationwide protests to defend article 102b. Your MPs even physically fought in parliament. Your big words were as usual only marched by the smallness of your actions.
The constitution was amended. The event took place in Kampala City surrounded by Wakiso District.


The two have a combined population of 2m registered voters. These are the most urbanized (therefore easy to mobilize) and most educated (therefore articulate) sections of our society. The amendment was carried live on television. Kampala and Wakiso have 100% television access. Yet not a single stone was thrown in Kampala to protest this “rape” of the constitution.
Your cult leader, Besigye, has led you from one catastrophic failure to another; from one defeat to another, from inaction to another. People like you [ who support Besigye] who live in such stupid fantasies deserve neither sympathy nor help.


You remain solidly loyal to a man who has let you down so many times, refusing to try someone else with a new vision. If you cannot change from a man who has failed again and again for 17 years, why do you want NRM to change from a man who has succeeded again and again for 40 solid years?
You claim Museveni is incompetent. But he has ensured a stable political dispensation for 30 years in a country that had become ungovernable. He has sustained economic growth for 30 years averaging 6.74% – a rare achievement in both historic and geopolitic terms.
Because of sustained growth, Ugandans today are much better off than they have ever been: millions now have cookers, refrigerators and televisions in their homes, hundreds of thousands own cars, shop in spacious malls, take their kids to nice private schools, etc – the evidence of a growing a middle class.


Finally Museveni has spread Uganda’s influence across the entire region; our troops and their offshoots today stand guard in Uganda, Rwanda, Congo, Central Africa Republic, Mali, South Sudan and Somalia. Which other African president ever did that?
Museveni has kept NRM supporters in power for 30 years when the average time a president had held power in Uganda between 1962 and 1986 had been 2.6 years. What has your cult leader, Besigye, done for you that makes you so fanatically loyal to him?