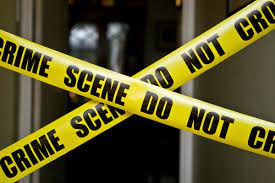 Residents of Bukoloto parish, Kayunga Sub County, in the Kayunga district woke up to the sad news of three life bodies.
Reports indicate, a one Nakato Sylivia 34, hanged her two children before ending her life as well.
According to one of the locals, Ssekatonya Fred, the deceased, first burnt her personal properties. She then proceeded to hang her two children: Nanfuka Jemima aged three years and Nakabuye Joanita aged 07 months.


Locals suspect the late committed suicide using a rope in one of the rooms in the boy’s quarters.
The unfortunate incident happened on the 27th December 2021 at around 0900hrs.
The three bodies were taken to the mortuary for postmortem.
Mr. Kasimbi Patrick alias Besigye, the husband and the father to the deceased was speechless.
Locals say the couple have had a long unresolved domestic issues. Police says it has started investigations into the matter.