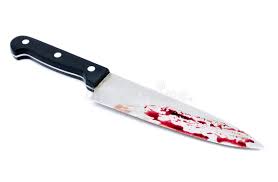 Police at Katwe are currently investigating a murder of one Siraj who was allegedly stabbed by his wife, Saidat Naiga.

The incident happened on Saturday (24/07/2021)around 1pm at their rented room in Ggangu, Makindye Division in Kampala City.

Police were informed about the incident and they responded at the scene where the body of one siraj was found, examined and later conveyed to city mortuary for a post mortem.

The suspect Naiga was also arrested after the local authorities rescued her from an angry mob. She is currently detained at Katwe Police Station as investigations go on.

‘ ‘We have since established according to eye witnesses, that the deceased was allegedly drunk and tried to forcefully have sex with her wife.’’ Said Kampala Metropolitan deputy police spokesperson Luke Owoyesigyire


The suspect is said She to have declined to have sex and the husband attempted to eject her from the house. Eyewitnesses said it was at this point that the fight ensued.

The suspect is alleged to have picked a knife that she used to stab the deceased.
We have since recovered the alleged murder weapon and exhibited it for analysis.


The incident comes after the police has been registering a number of Domestic violence cases on a daily during the second lockdown. More than 4,460 people were killed in 2020, according to the Criminal Investigation Directorate. Of these, only 160 were by use of guns while the rest were by stabbing, hacking or poisoning.

read: Young couple sets itself on fire in Mbarara over sex