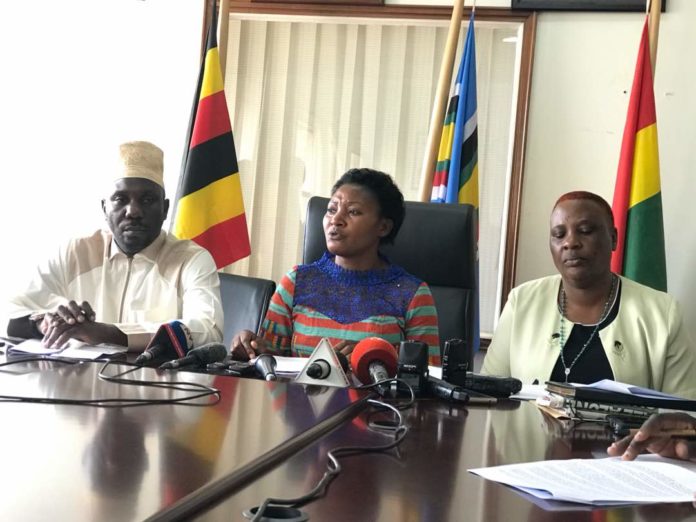 Sacked Leader of Opposition in Parliament and Kasese Woman Member of Parliament Winnie Kiiza has said that she has not officially received the official communication from Forum for Democratic Party President.
Addressing journalists on Monday in Kampala, Kiiza who has a way to the United States of America on official duty said ‘‘I have had and read in our dailies about the changes in the Forum for Democratic Change’’


‘‘As a person who believe in institutions, am yet to be officially told about the said changes. At the moment we are still in office until such a time when we receive official communication.’’ She added.
She went on: “I expect them to write to parliament to say they are not going to constitute the leadership in parliament because that is what has been their message. They said they believe in one party and one strategy so let them walk the talk,”

The FDC party president Patrick Oboi Amuriat on Friday dropped Kiiza as LoP and replaced her with Gulu Woman legislator Betty Aol Achan.
Amuriat while on NBS TV morning show on Monday said that the changes were informed by a number of factors including: loyalty, financial contribution, adding that the other details underground are not for public consumption.


Asked what he thinks of the outgoing Leader of Opposition, Winnie Kiiza, Amuriat described Kizza as ‘ ‘ A fine lady. I congratulate her publicly for the good work she has done for the party. When I meet her privately, I will let her know what I liked and didn’t like about her.’’