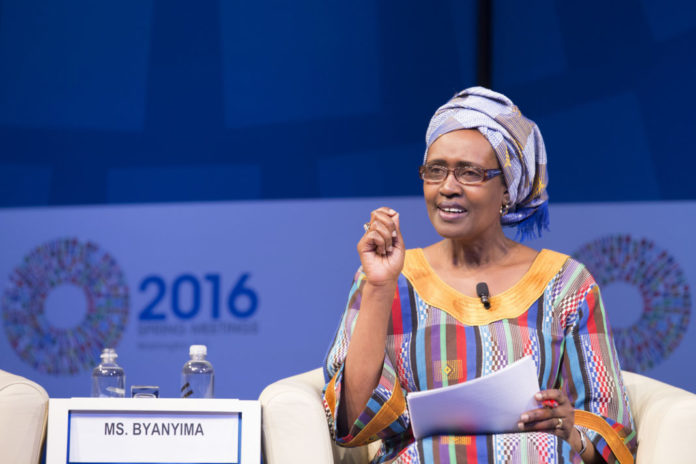 Winnie Byanyima, the Executive Director of Oxfam International, has been named among the top 100 most reputable individuals on earth in 2017.

Compiled by Global performance-reputation management consulting agency, Reputation Poll International, the list included top 100 individuals across the globe that have amassed high reputation for themselves through their works and achievements. The list which features individuals from diverse sectors including policy, entertainment, leadership, education, business etc.


Notable individuals on the list include renowned Evangelist Billy Graham, 98, who doubles up as the oldest person and Raymond Wang, Malala Yousafzai, both 19 years, and the youngest people to be listed.

Statically, the USA has the largest share of reputable personalities numbering 39 also with a representation of 25 females, 3 couples and 72 Males.
Who is Winnie Byanyima?
Uganda’s first female aeronautics engineer to Oxfam’s first African executive director, Winnie is a trailblazer — relentlessly advocating for peace, equality and democratic governance.


A teenage refugee, Winnie escaped Idi Amin’s regime in 1976, but later returned to Uganda to serve in parliament where she was a signatory to the 1985 peace agreement.
She went on to pursue civil rights at the African Union Commission, as director of gender and development at UNDP, and as chair to a U.N. task force on gender aspects of the Millennium Development Goals.
Ms Byanyima served as Uganda’s ambassador to France from 1989 to 1994.

She then served as a Member of Parliament for Mbarara Municipality from 1994 to 2004, before taking up the position of Director of Gender and Development at headquarters for the African Union in Addis Ababa, Ethiopia.
She served in that capacity until she was appointed as Director for the Gender Team in the Bureau for Development Policy at the United Nations Development Programme in November 2006.
In 2007, she co-founded the Global Gender and Climate Alliance which works to ensure that climate change policies, decision-making, and initiatives at the global, regional and national levels are gender responsive.


Business O Féminin, an online magazine for international women in business, named Ms Byanyima among the 10 women to watch in 2015, as a role model and visionary for change.
Full list