Home Business Will Uganda Airlines succeed where other African Airlines have failed? 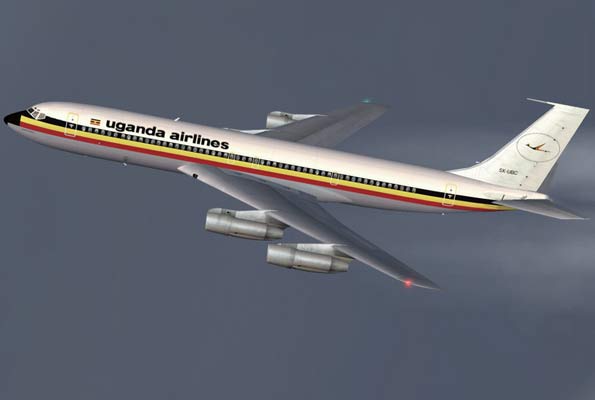 In his inaugural cabinet speech, President Museveni among others ordered the Ministry of Works and Transport to ensure the National Airline-Uganda Airlines is revamped in the next five years.

Is President Museveni and his government right to push with restarting the Uganda Airlines? Why did it collapse in the first place? Have we addressed the problems that led to its collapse? Is the Airline a priority for this country? And a solution to Uganda’s current problems? These are some of the questions that need urgent answers before we revamp the Airline.

President Museveni said revamping the Uganda Airlines would help save the country US$ 420m annually spent by Ugandans on travel abroad. A figure he says is abnormally high.

The president said the Airline would also help create jobs for graduates of country’s Flying School. Soroti Woman MP, Ms Angeline Asege, recently told Parliament that the problems at the Soroti Flying school have gone from bad to worse.


“Out of the 300 students enrolled since 2001, only 27 have been passed out as certified pilots; the others are languishing in the school instead of finishing in the mandatory two- and- half years course. The fuel for aircrafts is always not enough and when available, expiry dates is another issue.”

President Museveni’s argument for a national Airline is backed by a 2014 International Air Transport Association (IATA) study. The study highlights the benefits Uganda and 11 other African nations would get if the they revamped their National Airlines.

The report talks about the huge potential for the Airline and the role it plays in driving economic and social development.

The report says an Airline for Uganda will create more than 18,600 new jobs and an additional US$77.6 million to the country’s GDP.


That sounds beautiful. However, the report doesn’t not tell us the cost of revamping the Airline and what it takes to keep the Airline competitive in what looks like already saturated aviation market.

For example, the last decade Africa’s Airline sector has consistently achieved roughly breakeven results, while the global airline profitability has improved significantly. Except for of Ethiopian airline, which has generated net profit of about US$800m over the last eight years. During the same period, the rest of the African airline sector incurred losses of about US$1.5 billion.

The Uganda government privatized most of her companies citing inefficiency and corruption. Various reports, including World Bank reveal Uganda losses more than US$300billion annually through corruption. Today, the privatized companies like Uganda Electricity Board now UMEME have seen a turn around. UMEME is now one of the most profitable companies in Uganda. The firm’s net profit rose to Ugx.105.8 billion in 2015, up from Ugx. 96 billion in 2014.

Industry experts are of believe that revamping the Uganda Airlines is not an end itself. They say Uganda Airline may not be the best answer to cheaper travel. Already several existing African Carriers are said to be struggling. They now face stiff competition from Gulf carriers and Turkish airlines that have expanded in Africa.

Revamping Uganda Airlines without first addressing the challenges facing the industry on the continent could perhaps be the biggest blunder. The Airline might operate for less than a year before it closes down.


The IATA study notes that liberalizing the continent’s skies remains key obstacle to the continent’s aviation. ‘‘Unnecessary restrictions on establishing air routes are denying up to five million passengers on the continent a chance to fly between African states.’’ The report says.

At the African Union Commission Heads of State in 2015, government agreed amongst themselves to have an understanding for states who are ready and willing to open up their market to do bilaterally through signing a solemn declaration. To date only 21 African countries have signed this declaration.

If Uganda Airlines is to operate smoothly, Uganda government must convince other African countries to open up the skies as stated in the 1999 Yamoussoukro Declaration. Whilst, Uganda Airlines charges will remain high or government will have to subsidize to keep the fees low.


In 2013, South Africa and Zambia agreed to open up their skies/ routes, this saw travel costs between the two states decline by 40 percent.

Opening up the skies would mean getting rid of the high airport fees and local taxes which pushes air tickets up in the sky.

Raphael Kuuchi, IATA vice president for Africa says reducing airport taxes and charges will attract a lot of passenger traffic-this according to analysts will see airlines like Uganda Airlines benefit more. What he does not tell us if effect of Gulf Airlines with deep pockets and experience on operations of African Airlines.

Some analysts are of view that instead of sinking billions of scarce resources to enter into an already saturated aviation market ( with players like Ethiopian Airways with deep pockets and experience) Uganda would instead buy shares in existing players like RwandAir or Struggling Kenya Airways. This would give Ugandans preference whenever they are traveling.


We hope a thorough study was undertaken and indeed revamping Uganda Airlines is the best alternative and a priority for this country. Sometimes, some selfish Ugandans push certain projects for selfish interests only to close them after government have sunk in much money.