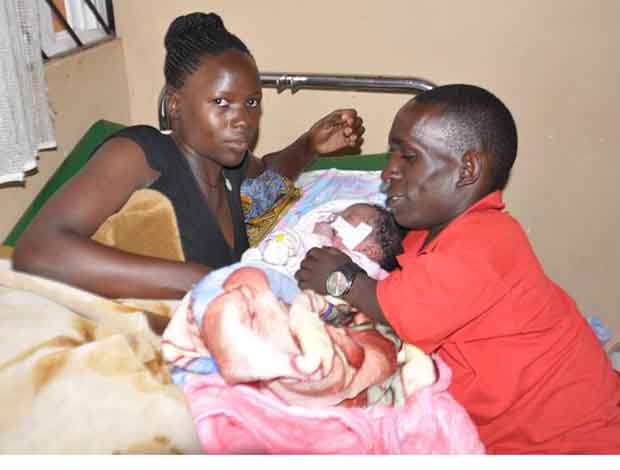 Scientists have found the most robust evidence yet that simply being a shorter man or a more overweight woman leads to lower chances in life, including a lower income.

It has long been known that there is a link between height and weight and how well off a person is, in terms of socioeconomic factors including earnings, postcode, level of education and job type. People from poorer backgrounds are less likely to grow tall and more likely to put on weight, in part because of a poorer education and nutrition in childhood and early adulthood.

Now, in research published in The BMJ, scientists have used genetics to show that shorter height in men or higher body mass index (a measure of weight for a given height) in women leads to reduced chances in life, including income.

Using data from 120,000 participants in the UK Biobank (aged between 40 and 70) for whom genetic information was available, the team studied 400 genetic variants that are associated with height, and 70 associated with body mass index.

They used these genetic variants, together with actual height and weight, to ask whether or not shorter stature or higher BMI could lead to lower chances in life – as measured by information the participants provided about their lives.

Their findings were stark – if a man was 3” (7.5cm) shorter for no other reason than his genetics, this would lead to him having an income £1,500 per year less than his taller counterpart. If a woman was a stone heavier (6.3kg) for no other reason than her genetics, this would lead to her having an income £1,500 less per year than a comparable woman of the same height who was a stone lighter.

Professor Tim Frayling of University of Exexter Medical School who oversaw the study, said: “This is the best available evidence to indicate that your height or weight can directly influence your earnings and other socioeconomic factors throughout your life. Although we knew there was a strong association, most people assumed that shorter height and higher BMI were a consequence of poorer nutrition and chances in life. Now we have shown that there is an effect in the other direction as well –

shorter height and higher BMI can actually lead to lower income and other lifestyle measures. This won’t apply in every case, many shorter men and overweight women are very successful, but science must now ask why we are seeing this pattern. Is this down to factors such as low self-esteem or depression, or is it more to do with discrimination? In a world where we are obsessed with body image, are employers biased? That would be bad both for the individuals involved and for society.”

The cohort analysed for this study was made up of people who had volunteered to take part in medical research, and the authors acknowledge that, as with all similar studies, the people taking part do not perfectly reflect those from the wider population. For example UK Biobank volunteers have a generally higher level of education. The findings may also reflect effects from previous generations – because we share our genes and our social circumstances with our parents. However, the authors believe such factors would not have resulted in the sex specific effects that they found.

Dr Jessica Tyrrell, lead author on the study, said: “The genetic analysis we used is the best possible method to test this link outside of randomly altering people’s height and weight for a study, which is obviously impossible. Because we used genetics and 120,000 people, this is the strongest evidence to date that there’s something about being shorter as a man and having a higher BMI as a woman that leads to being less well-off financially.”