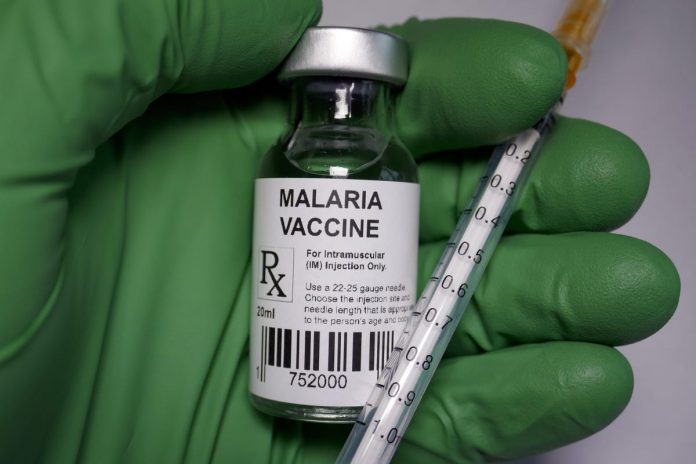 The World Health Organization (WHO) is recommending widespread use of the world’s first malaria vaccine, in what the UN health agency’s chief described on Wednesday as “an historic day” for the decades-long battle against the deadly disease.
The vaccine is geared towards children, in sub-Saharan Africa and other regions with moderate to high transmission.
The recommendation to begin using the RTS,S vaccine, is based an ongoing pilot programme set up by WHO and partners in Ghana, Kenya and Malawi, that has reached more than 800,000 children since 2019.


“The long-awaited malaria vaccine for children is a breakthrough for science, child health and malaria control”, said the WHO Director-General, Tedros Adhanom Ghebreyesus. “Using this vaccine on top of existing tools to prevent malaria could save tens of thousands of young lives each year.”
Stagnation in progress
Tedros said the world had made “incredible progress” in the fight against malaria in the past two decades.
The malaria parasite is mostly transmitted by infective mosquitoes and carried in the blood, after being bitten. It is not contagious person-to-person, and symptoms include a fever of flu-like illness, nausea and vomiting, and if left untreated, it can be fatal, killing more than 400,000 each year worldwide.

Since 2000, deaths have fallen by more than half, and the disease has been eliminated in many parts of the world.
For the WHO chief, though, progress has stalled at an unacceptably high level, with more than 200 million cases still occurring each year. Two-thirds of those who die from the disease, are children under five in Africa.
Childhoods decimated
Malaria remains a primary cause of childhood illness and death in sub-Saharan Africa. More than 260,000 African children under the age of five die from malaria annually.
WHO Regional Director for Africa, Matshidiso Moeti, said that “for centuries, malaria has stalked sub-Saharan Africa, causing immense personal suffering.”


“We have long hoped for an effective malaria vaccine and now for the first time ever, we have such a vaccine recommended for widespread use”, she said.
For Ms. Moeti, today’s recommendation “offers a glimmer of hope for the continent which shoulders the heaviest burden of the disease and we expect many more African children to be protected from malaria and grow into healthy adults.”
Recommendations
Based on the advice of two WHO global advisory bodies, one for immunization and the other for malaria, the UN Agency has made a series of specific recommendations.
The immunization should be administered in regions with moderate to high transmission, in a schedule of four doses, in children from five months of age and up.


According to Tedros, the pilot study has shown that the vaccine can be easily delivered through child health clinics by Ministries of Health, reaching children with high coverage. There is strong community demand, and it has “broad reach to children, including the most vulnerable who may not use a bednet” to keep out mosquitoes, and it is highly cost-effective.
Deaths reduced by a third
To date, more than 2.3 million doses of the vaccine have been administered, showing a favorable safety profile.
The vaccine showed a significant reduction (30%) in deadly severe malaria, even when introduced in areas where insecticide-treated nets are widely used and there is good access to diagnosis and treatment.


The study showed that the distribution of the vaccine had no negative impact on uptake of bednets, other childhood vaccinations, or health-seeking behavior for other febrile illness.
The next steps will include funding decisions from the global health community for broader rollout, and country decision-making on whether to adopt the vaccine as part of national malaria control strategies.
“This is a powerful new tool, but like COVID-19 vaccines, it’s not the only tool”, stressed Tedros. Vaccination against malaria does not replace or reduce the need for other measures, including bednets, or seeking care for fever.”