Home Politics What if Museveni left today; are we ready for a post-Museveni era? 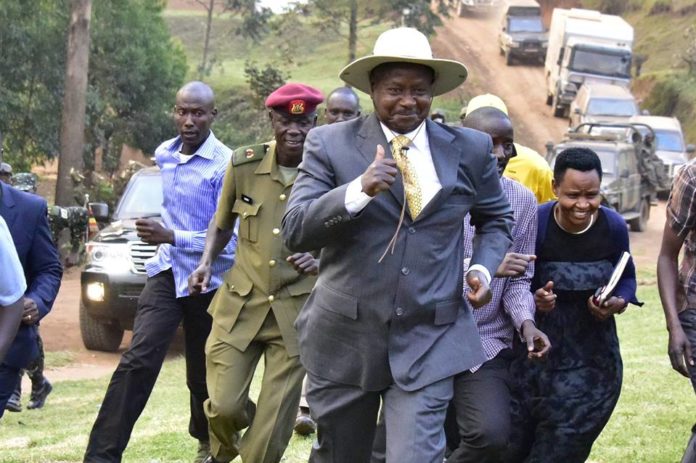 On Monday 15th January 2018, I had the honour of interacting with a cross section of Ugandans in Hoima. In attendance, we had members of all the major political parties, religious leaders, civil society, youth, women and the elderly.


I was deeply encouraged by the positive enthusiasm everyone displayed not just about the future of our country, but also the desire to get involved in it.
The reality of our continent today is not good. Intrigue, manipulation, and deception have characterised politics in Africa. Most leaders come speaking better things but do the exact opposite when they get to power. All of us agree that to change the country, the dictator must go.


However, two things must be done simultaneously in order to achieve the future we want; working to remove the dictator on the one hand and organising to manage the country better on the other.
The first one is relatively easy. People are fed up and are willing to participate in actions that will undermine, sabotage and fail the regime. But after that, then what?


I hear some people say, ‘Let us first get Museveni out, then we organise ourselves’. That is what Libyans said. That is what Syrians said. Even Iraqis said the same thing. Get rid of the dictator and then sort the other things later. Where are they now? The reality is that unless we prepare for a post-Museveni era now and have leaders across the country ready to manage that transition, we will very easily find ourselves in anarchy.


And so fellow Ugandans, how do we move past simply focusing on defeating the regime (which we will) and also prepare for life after it is gone? This is not about me or any other individual. It is about us as a country.


Forming a new political party
We been hearing quite a number of voices, others are saying you need to create a new platform while others are saying remain in FDC and deal with the internal problems. Once we wrap up the tour, then we sit down and analyse all this and choose a path. Once we resolve, we move either together or separately.

If we all exercise maturity and objectiveness, there is nothing we cannot discuss and agree and move whether together or separately. It is good for the future of our politics as a country and a party.