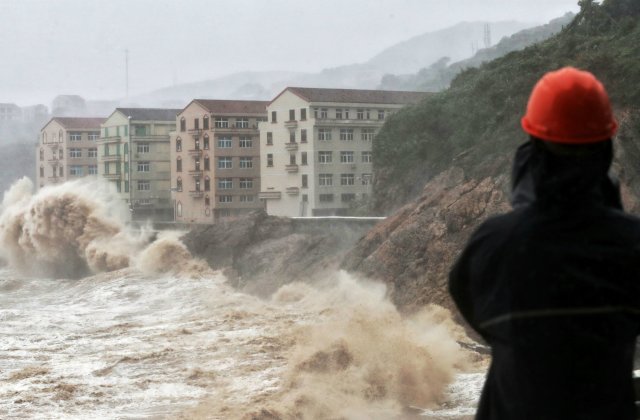 A new report released Wednesday by the United Nations indicates extreme weather events have increased fivefold over the past 50 years, while the number of fatalities related to those events has dropped.
Officials from the U.N.’s weather and climate agency, the World Meteorological Organization, introduced the report during a briefing from the agency’s headquarters in Geneva. The report shows weather-related disasters have occurred on average at a rate of one per day over the past five decades, killing 115 people and causing $202 million in losses daily.


Mami Mizutori, U.N. special representative for disaster risk reduction, told reporters she found the report “quite alarming.” She noted that this past July was the hottest July on record, marked by heat waves and floods around the world. The study shows that more people are suffering due to this increased frequency and intensity of weather events.
Mizutori said 31 million people were displaced by natural disasters last year, almost surpassing the number displaced by conflicts. She said on average, 26 million people per year are pushed into poverty by extreme weather events. Now, the COVID-19 pandemic is compounding the problem.
The U.N. disaster risk specialist said, “We live in this, what we call, the multihazard world, and it demonstrates that we really need to invest more in disaster risk reduction and prevention.”

WMO Secretary-General Petteri Taalas said the good news in the report is that during that same period, fatalities related to these disasters dropped by nearly three times, due to early warning systems and improved disaster management.


But the study also shows that more than 91% of the deaths that do occur happen in developing or low-income countries, as many do not have the same warning and management systems in place.
The WMO officials said the economic losses associated with these disasters will worsen without serious climate change mitigation. Taalas said if the right measures are put in place, the trend could be stopped in the next 40 years. WMO called on the G-20 group of world economic powers to keep their promise to reduce greenhouse gas emissions.
VOA