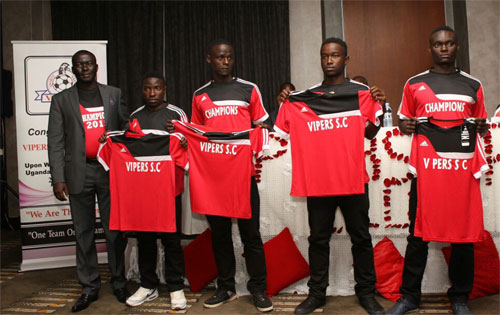 According to the deal, Hima cement brand will appear at the front of the clubs’ shirt in what is termed as the start of a solid partnership.

The deal was reached after the club owner Lawrence Mulindwa sourced all the cement he is using to construct the state of art stadium at Kitende from Hima Cement. The deal also allows the stadium to be re-named Hima stadium.

Vipers sports club is optimistic that this partnership will open doors to more interested parties to associate with the club given its success in just a few years in the top flight of Ugandan football.

The other premier League clubs with sponsors include:  KCCA FC, Sports club Villa ( both teams are sponsored by Star times) and Onduparaka FC sponsored by BETWAY.