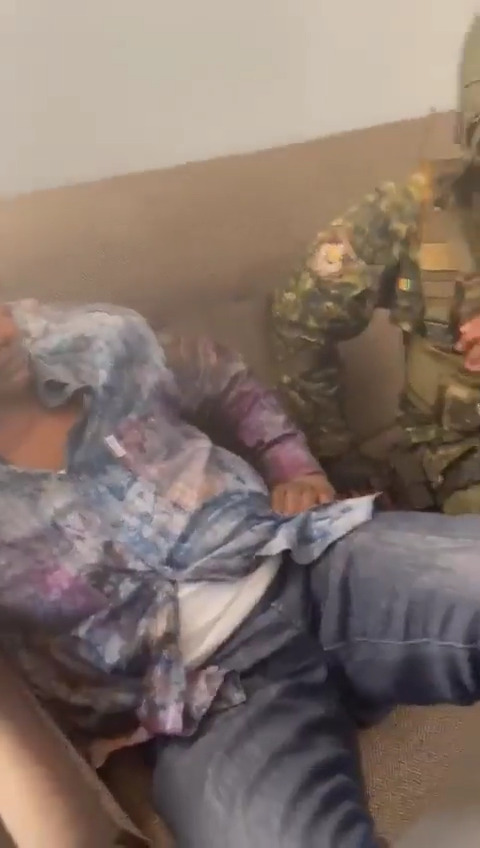 Video: Guinea Conakry President Alpha Conde has been arrested in a military coup at Presidential Palace in capital.
The incumbent 83-yr-old had just began serving a controversial 3rd Term

President barefoot on a sofa

The TV address featured nine unnamed soldiers, several draped in the red, gold and green national flag, who said they had taken over because of rampant corruption, mismanagement and poverty.

Calling themselves the National Committee for Reconciliation and Development, they said the constitution had been dissolved and that there would be consultations to create a new, more inclusive one.

In one video, soldiers ask President Condé, 83, to confirm he is unharmed but he refuses to respond.

Sitting barefoot on a sofa wearing jeans and a printed shirt, he does not have any visible injuries. His current whereabouts are unknown.

His main opponent Cellou Dalein Diallo, — at the forefront of protests against a third term for Conde — was credited with 33.5 percent of the vote.


“Long live democracy, long live peace, may God bless Guinea,” Cisse said during a ceremony in Conakry, as Conde supporters leapt to their feet and cheered the president’s victory.

Guinea is a poor country, despite rich deposits of bauxite, gold and diamonds, that has known little political stability since independence in 1958.


Conde, a former opposition activist who spent decades in exile, became the country’s first democratically-elected president in 2010, and was re-elected in 2015.