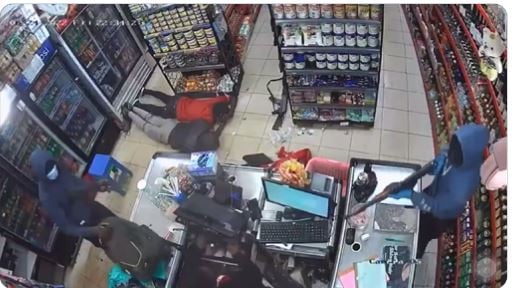 The territorial Police at Mukono are investigating an incident of Aggravated Robbery where a cashier at Spice Super Market was shot and wounded by the armed thugs.
The incident happened yesterday the 24th June 2022 at about 11:34 pm when three robbers armed with an AK47 attacked the super market located in Mulago cell, Ntawo Ward in Mukono Municipality


The robbers made away with unspecified amount of money after shooting Sekandi Irene the cashier in back.
Fast responders rushed the victim to Namirembe hospital Mukono for first aid and she was later transferred to Nsambya hospital where she is currently admitted.
- Advertisement -