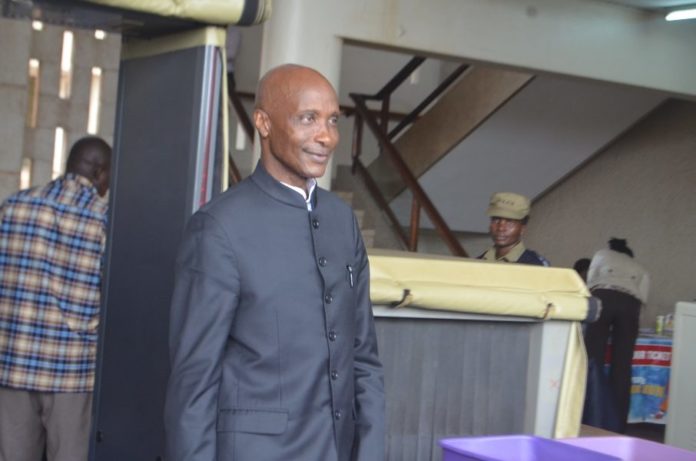 Former Inspector General of Police Gen Kale Kayihura and his associates were on Wednesday picked from western Uganda and brought to Kampala
Kayihura was picked today [Wednesday] from his Lyantonde home and flown to Kampala in a military chopper.


In a one page statement dated June 13, 2018, army spokesperson Brig Richard Karemire said Gen Kayihura is still a serving officer of the UPDF and has been staying in Kashagama, Lyantonde District since March 15, 2018 after handing over office of the IGP.

“Yesterday June 12, 2018, he was asked to report to the UPDF Chief of Defence Forces, Gen David Muhoozi at General Headquarters- Mbuya. A helicopter was subsequently dispatched to transport him from there but on arrival, Gen Kale had travelled to Mbarara and so it had to return to Entebbe Airforce Base.’’ The statement reads in part.
The statement added: The helicopter was today sent back to Kashagama and has returned safely to Kampala with him [Kayihura] on board.