Home Lifestyle Universal education In Uganda: from Pioneer to Laggard 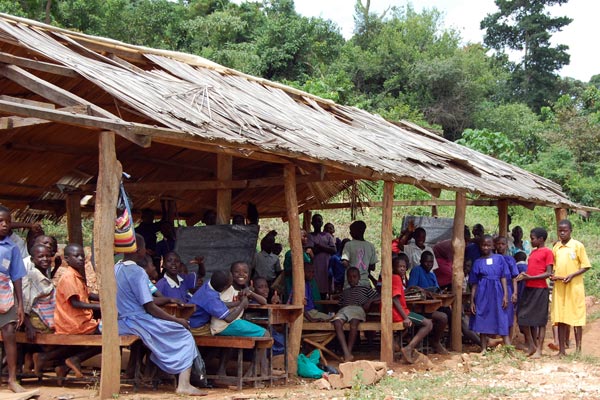 Uganda is considered a pioneer in Sub-Saharan Africa in setting the goal to achieve universal access to primary education in 1997. However, in the last decade, progress towards achieving this goal has stalled, and educational outcomes are lower than the regional average in several respects. Only 1 in 4 children who start primary school enrol in secondary school, and less than half of students are literate at the end of primary school. Low outcomes correspond with low levels of public funding and the subsequent growth of private schools that lack proper regulation undermining the right to education, especially for children from low-income households.

Education is a basic right enshrined first in the Universal Declaration on Human Rights (1948), and then later in both the International Covenant on Economic, Social and Cultural Rights (ICESCR, 1966) and the United Nations Convention on the Rights of the Child (CRC, 1989). It is also in the African Charter on the Rights and Welfare of the Child (UN, 1990). International human rights law makes clear that all children have a right to free, compulsory, primary education, free from discrimination (ECOSOC, 2013). Secondary education should also be available and accessible to every child, and governments need to take appropriate measures, such as the progressive introduction of free education and offering financial assistance in case of need (ICESCR, 1966). Governments also have the obligation to continuously improve conditions conducive to the realization of the right to education and avoid retrogressive measures, which implies that there should be no unjustified reduction in public expenditure devoted to implementing the right to education in the absence of adequate compensatory measures aimed at protecting those who might be affected by the cuts.


In the case of Uganda, the cuts to the education budget that occurred over the last decade were not compensated adequately. Despite a decade of strong economic performance, the share of the national budget allocated to education reduced from 20.3% in 2004 to just 10% in 2019 – well below the regional average of 16% and international standards of 20% (World Bank, 2019).
Underfunding has led to a widening of the financing gap in meeting ever-growing educational needs, as the population of school age tripled between 1997 and 2014 (ibid). With already constrained budgets stretched even thinner, teacher absenteeism and the lack of schools in some localities posed severe obstacles to children’s access to quality education. Instead of compensating for any negative consequences engendered by the reduction in allocations, the Government of Uganda (GoU) has increasingly relied on the private sector to provide education. According to the government’s 2017 school census, about 40% of primary and 66% of secondary schools are privately run (GoU, 2017).
Privatization has not been matched with an adequate regulatory and monitoring framework. In a rush to implement and roll out the Universal Secondary Education (USE) policy in 2007, the government initiated a public-private partnership (PPP) program with private schools to absorb the increasing number of students, without specifying social accountability safeguards or quality standards. Schools received a per-student capitation grant to enrol qualifying USE students, who have a high score on their primary leaving exam, at no additional charge. But the government did not regulate fees in private or PPP schools, which often charge high prices that are out of reach of low-income households.


In turn, it reduced investment in secondary schools, leaving children with few options for quality education in public schools (O’Donoghue et al., 2018).
Private Education Exacerbates Existing Inequalities
The rapid privatization and expansion of the USE PPP provoked substantial educational disparities. Evidence by civil society organizations (CSOs) shows that privatization in Uganda discriminates against children from low-income households and especially girls, reinforcing social and economic inequalities (ISER and GI-ESCR, 2014). The probability of completing primary school is higher in urban than rural areas and increases with the relative wealth of the student’s household. Only 5% of girls from the poorest quintile attend secondary school, compared to 35% from the richest quintile (UBOS & ICF, 2018)

In Uganda, a high share of education-related costs is borne by parents. In 2014, households contributed 57% to the country’s total education financing through fees and other payments, whereas the Government contributed only 34% (World Bank, 2019). Costs are highest in private schools, but even public schools charge considerable hidden fees, For low-income families, even low payments are prohibitively expensive.
Besides, despite the PPP program, access to free secondary school is not guaranteed for all, as it excludes those with low scores on their primary leaving exam. Unless there is a public secondary school in the respective sub-county, children with lower scores need to pay for their place in a PPP school or pay for private school, which effectively excludes most children from low-income families from secondary education. Financial constraints are the most prominent factor for low-enrollment and high dropout rates in Uganda. Nearly one in five of school age children have never been enrolled in primary or secondary school. A 2014 government study found that 81% of households cited a lack of resources as the primary reason for dropouts.


Private education is thus often not a choice but the only option for parents. This contradicts international human rights law, which defines free and compulsory primary education as a government obligation. Governments should ensure that private providers supplement public education, not supplant it (Singh, 2015). Failing to provide access to all children to free, quality public primary, or not taking measures to ensure the same for secondary education is a violation of the government’s obligations.

The Role of Development Financial Institutions (DFIs) and Donors

Uganda has been one of the five top recipients of foreign aid for education, with US$1.6 billion disbursed between 2002 and 2014 (World Bank, 2019). As part of the financial assistance, DFIs and donors, such as the World Bank, the African Development Bank (AfDB), or the United Kingdom’s Department of International Development (DFID), have supported the privatization of education with the underlying objective of expanding the provision of education and improving cost-effectiveness.
The World Bank played a central role in advocating for and financing the USE PPP scheme as well as private school expansion. In 2009 it provided a US $150 million loan, with the USE PPP program being one of three components. In 2010, the International Finance Corporation (IFC, the World Bank’s private sector arm) and the AfDB launched the Africa Schools Uganda Program to support improvements to private secondary and tertiary schools. The program planned to deliver advisory services and financing to 500 for-profit private schools. Despite the World Bank’s commitment to promoting free primary education, the IFC has proclaimed that investment in fee-charging private education is a mechanism for poverty alleviation.


Ugandan CSOs and human rights bodies have raised concerns about the investments in private education and the GoU’s ability to fulfil its obligation to provide free and quality education for all children. Evidence from the Initiative for Social and Economic Rights (ISER) (2016) for example shows that fee-charging, for-profit private schools have exacerbated lack of access to schooling and undermined the World Bank’s goal of reducing extreme poverty and increasing shared prosperity.
Due to rising pressure from CSOs and human rights groups, the GoU and DFIs have taken the first steps to address some of these concerns. In 2018, the GoU announced phasing out the USE PPP scheme to build public schools instead. And in 2020, the IFC froze investments in private primary and secondary fee-charging schools.

The reliance on the private sector to provide education, which has long been encouraged by DFIs, has undermined the right to education in Uganda, especially for children of low- income households.
If Uganda increased its tax-to-GDP ratio to match the regional average of 19% and allocated 20% of that revenue to education (rather than the current 10%), it could more or less quadruple spending on public education, enabling it to put in place a quality system more accessible and equitable for all.

The writer is Senior Researcher and Advocate, Poverty and Inequality-Human Rights Watch 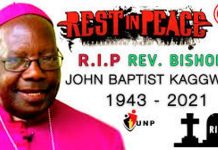 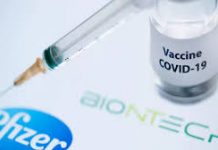 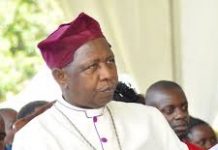 Archbishop Stanley Ntagali in an extra-marital affair with a married woman, suspended