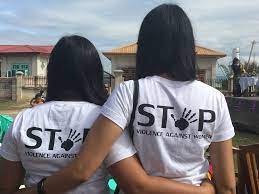 “Launching 16 Days of Activism in Oyam District and in Northern Uganda in particular, ignited collective voices and call to action to end violence against women and girls in all its form. The launch heightened a growing concern among leaders in the region and stakeholders on increased teenage pregnancies, forced marriages that are demonstrated with increased statistics in the region,” Said Jolly Acen, UN Women Programme Specialist and Head of UN Women Sub Office in Gulu.


Oyam District was selected as the location for this year’s 16 Days launch due to arising concerns.
The 16 Days launch is taking place in Oyam District because data and statistics have shown a very high prevalence of teenage pregnancy.
The event is aimed at raising awareness at the local and national levels about violence against women and its impact on national development, while advocating for strategic actions by government, development partners, civil society, religious and cultural leaders and the private sector for increased resource allocations towards positive social norm change in the prevention and response to violence.
Success stories of transformative work that UN Women does on the ground were shared. Namely, Nancy Achan told her story as a young mother who dropped out of school. Nancy was given a second chance at education through FAWE and Uganda’s Second Chance Education (SCE) program, supported by UN Women.


“I am sponsored by Forum for African Women Educationalist Uganda Chapter (FAWE-U). Here today are my fellow child mothers, many of them are breast feeding and others are pregnant. FAWE has taken us back to school so that we can be good mothers in future. I want to take this opportunity to appreciate FAWE (U) and UN Women for what they have done in our life,” said Nancy Achan.