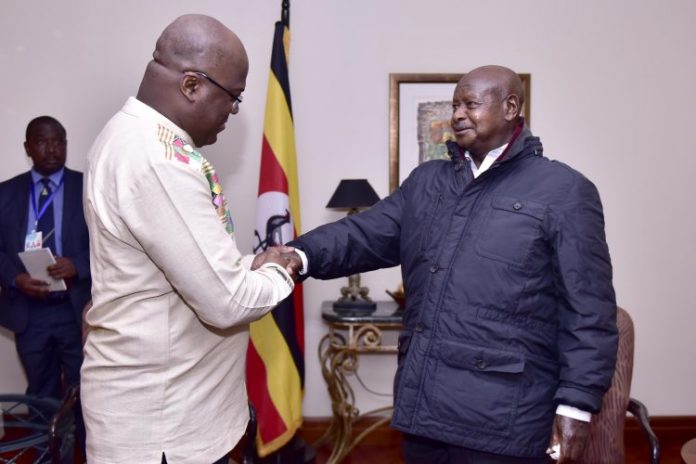 Lawyers for the Democratic Republic of the Congo (DRC) on Tuesday told the International Court of Justice that they are seeking $4.3bn in reparations payments from neighbouring Uganda for its role in the conflicts in the country’s mineral-rich Ituri province.
The UN court, known as the World Court, is holding hearings this week in the long-running dispute between the DRC and Uganda over damages caused from 1998-2003.


DRC’s representative before the court, Paul-Crispin Kakhozi Bin-Bulongo, told the judges that the damage done to his country by Uganda during the over five-year conflict in Ituri was of “incommensurate magnitude” and said Uganda had not negotiated in good faith during reparations talks.
The case was first brought before the court in 1999 and in 2005 the ICJ ruled that Uganda had violated international law by occupying parts of Ituri with its own troops and supporting other armed groups in the area during the conflict. It also ruled that the DRC had violated international law with an attack on the Ugandan embassy in Kinshasa.

The court ordered the African neighbours to negotiate mutual reparations but in 2015 the DRC returned to the UN court saying the talks were not progressing. After setting up a commission of experts to help it assess damage amounts, the court is holding hearings on the issue this week.
Uganda will present its case and its reparation demands later in the week.

The case
DR Congo sued Uganda at the Hague-based court in 1999 over acts of armed aggression that violated the United Nations Charter and the Charter of the Organisation of African Unity, the predecessor of the African Union.
Uganda eventually lost the case in 2005 when its legal team erred after they submitted to the court as its evidence a report of a commission of inquiry chaired by Justice David Porter, which had implicated senior government officials.


The report confirmed pillage of DR Congo’s resources between 1998 and 2001, but absolved implicated top Uganda government and military officials including President Museveni’s brother Salim Saleh whom a 2001 UN panel of experts named adversely in its report on illegal exploitation of Congo’s wealth.