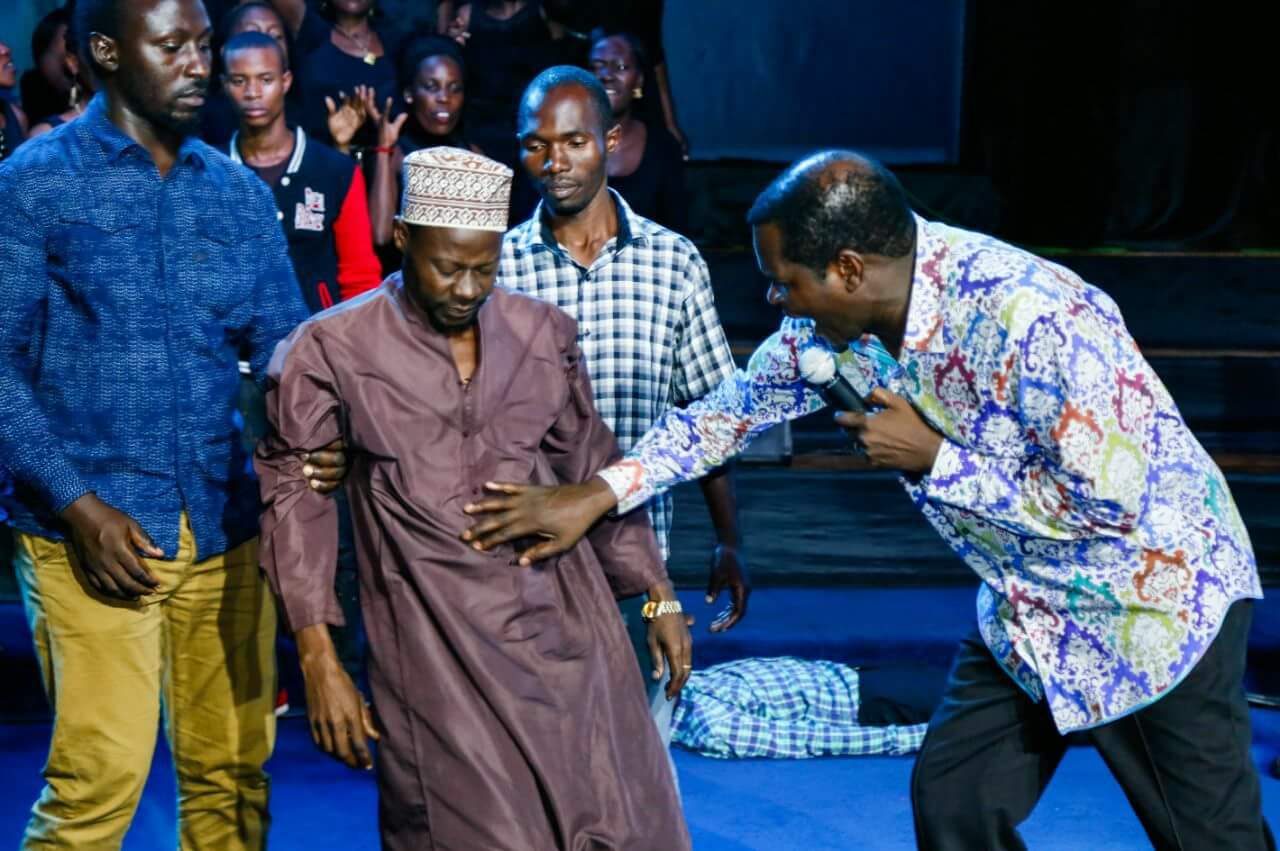 During the first days of 77Dogs two, Pastor Robert Kayanja told his congregation that a word of knowledge came through and he saw many Ugandan secular artists turning to Christ.

This was after Emmanuel Lawrence Aliyenka A.k.a Captain dollar -famously known for his hit song-Emmese, gave his life to God.

‘ ‘ Last night( Thursday 17th February), we witnessed the saving power of our Lord drawing the famous Qute Kaye (Brian Kaye) to Christ amidst ululations as most of his funs who got saved were in our midst’’ Pastor Kayanja noted.

Pastor Kayanja went on: He confessed that his life has always had a longing to find rest in the Lord. Trying everything that any human would do, he even tried to become a Muslim sometime last year but this did not take the emptiness from his heart until he finally decided to come back to his father like the prodigal son.

I would have taken you very seriously had the following miracles taken place:

If the September 2006 real wine smuggler, not a ‘family member’ had shown up and repented.

If the Executive of Uganda Revenue Authority had confessed for your negative publicity as the smuggler.

It would have been a miracle if mystery surrounding Kigozi, the once mad man who used to live along Luwum and William Streets in the 1980’s whom you claimed to have prayed for and healed, got off the street and taken to Rubaga Miracle Centre and died under mysterious circumstances had been cleared.

As you know, some claim he was killed after running mad again so as not to nullify the miracle claim. Either way, he must not have been healed of madness.

If masterminds and machinegun / AK 47 wielding men responsible for kidnapping your sodomy accusers had come out, repented and admitted responsibility for the kidnaps.

Pastor Robert Kayanja, I hope you still have vivid memory of renowned Pr Robert Kayanja’s 2006 election lies dubbed prophecies that spelt that 5 candidates would stand for the Presidential race of whom one would die, one quit, the winner would get 61.8% of votes.

As it turned out, six Presidential candidates, not five, were nominated. Though one, Alhajj Sebaggala pulled out of the race, none died.

Instead of the prophetic 61.8% win the, president Museveni got 59.26% of the votes. Still, his win was contested in court for election rigging and fraud. Majority of judges concurred; fraud had actually taken place, but stopped short of ordering fresh elections for the sake of national healing. If that Kayanja had come, confessed and repented of national lies, that would have been wonderful and the 77 days of glory.