Home Politics Uganda’s military expenditure increased by 46% in 2020 –the highest in sub-Saharan... 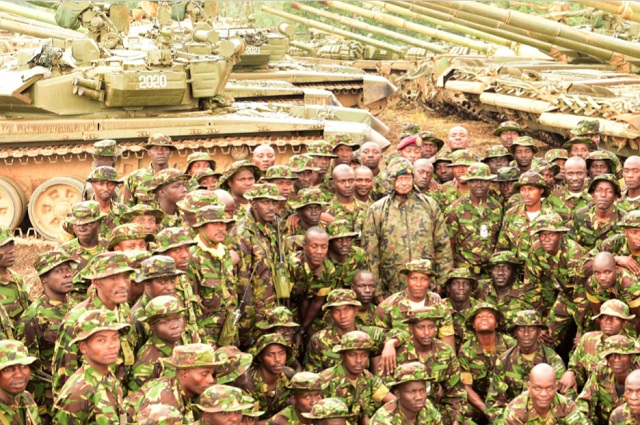 
SIPRI’s Military Expenditure Database is updated annually, and the data set is based on the best open-source evidence available at the time it is compiled.
The data set is based in part on adopted budgets rather than final spending during the year and is adjusted once final spending figures are available. These adjustments are then included in the next annual update of the SIPRI database.
All percentage changes are expressed in real terms (constant 2019 prices). Military expenditure refers to all government spending on current military forces and activities, including salaries and benefits, operational expenses, arms and equipment purchases, military construction, research and development, and central administration, command and support.

Military expenditure increases in the first year of the pandemic: The 2.6 per cent increase in world military spending came in a year when global gross domestic product (GDP) shrank by 4.4 per cent (October 2020 projection by the International Monetary Fund), largely due to the economic impacts of the Covid-19 pandemic. As a result, military spending as a share of GDP—the military burden—reached a global average of 2.4 per cent in 2020, up from 2.2 per cent in 2019.


This was the biggest year-on-year rise in the military burden since the global financial and economic crisis in 2009.
Even though military spending rose globally, some countries explicitly reallocated part of their planned military spending to pandemic response, such as Chile and South Korea. Several others, including Brazil and Russia, spent considerably less than their initial military budgets for 2020.


‘We can say with some certainty that the pandemic did not have a significant impact on global military spending in 2020,’ said Dr Diego Lopes da Silva, Researcher with the SIPRI Arms and Military Expenditure Programme. ‘It remains to be seen whether countries will maintain this level of military spending through a second year of the pandemic.’


The acquisition of the jets elevated Uganda’s air force to one of the most advanced combat aircraft squadrons in East and Central Africa, the Stockholm International Peace Research Institute (Sipri), which tracks conflicts and military spending globally, reported.


In its recent report, Trends in international arms transfers, 2011, SIPRI notes that the purchase of the fighter jets and other arms increased Uganda’s military expenditure by 300%, dwarfing Africa’s 9% and the world’s 24% expenditure on arms.