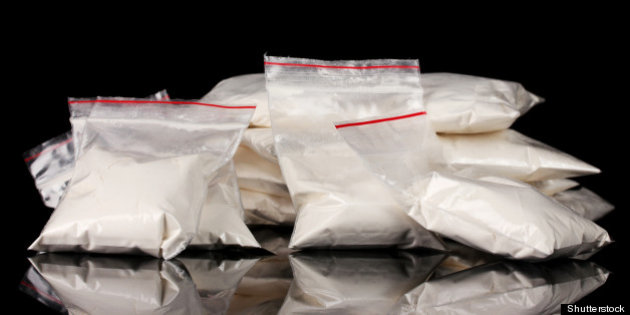 A Ugandan woman was found in possession of 1.76kg of the illegal drug by the Narcotics Control Bureau (NCB) after she landed at the Kempegowda International Airport (KIA) on Tuesday morning.


The contraband which was hidden inside soap packets and a shampoo bottle is estimated to be worth a staggering Rs 11 crore (About Ugx. 6billion) in the international market.
The woman, identified as 29-year-old Namara Moureen, had travelled from Kampala in Uganda on an Ethiopian Airlines flight, and had landed in Abu Dhabi on Monday. She then boarded a connecting Etihad Airways flight to Bengaluru.

Following a tip-off, NCB sleuths began combing KIA early in the morning. “We had specific intelligence that cocaine worth crores of rupees is being brought in by a passenger at the behest of a local dealer here. So we profiled every passenger arriving from the Gulf,” a senior NCB officer said.


According to Times of India, The team intercepted Moureen who disembarked from Etihad Airways flight EY 286 that landed at KIA at 8.45am. Moureen holds a Ugandan passport and had a business visa to travel to India. Asked why she was visiting India, the Ugandan fumbled with answers, raising suspicion.


The NCB team then examined her checked-in luggage, a shampoo bottle and six cakes of bathing soap. “The packaging looked as if it had been tampered with,” an officer said. “So were cut open the shampoo bottle and the soaps and found they were packed with cocaine,” the officer added.


Sleuths say the cocaine is of superior quality. Although Moureen has refused to divulge details of the sender or receiver of the drug, sleuths suspect the cocaine came from South America.
She was acting as a mule for a fee and we suspect she was asked to hand over the drug to an unidentified person outside the airport here,” an NCB officer said. “We are investigating who the receiver here is.”


The agency suspects the drugs were meant to be taken to Chennai by either Moureen or another person. Moureen was arrested, booked under the Narcotic Drugs and Psychotropic Substances Act and lodged in jail.-the Times of India reported.