Home Entertainment Ugandan Celebrities who are enemies with the English Language 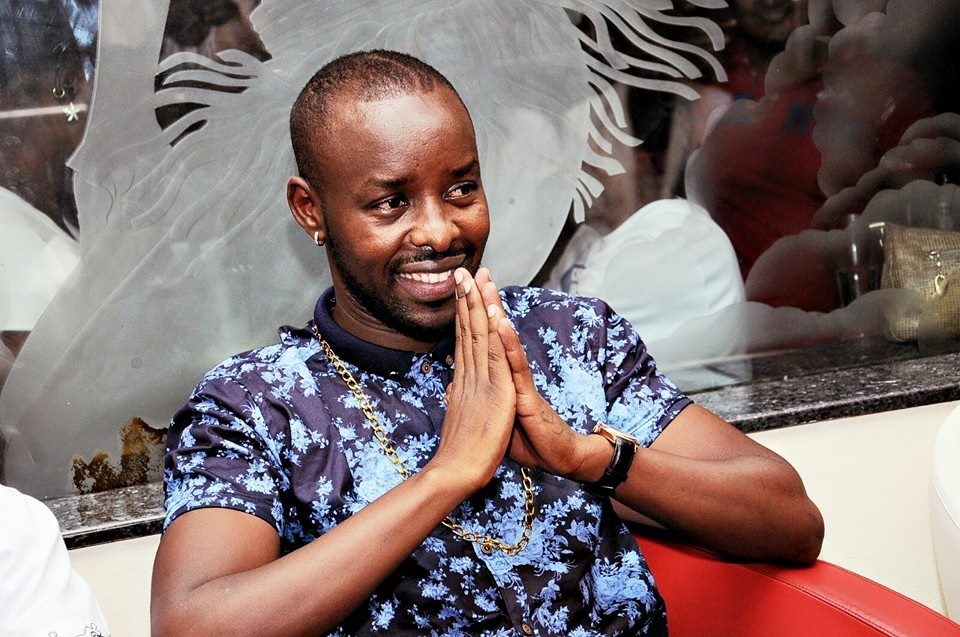 Uganda is gifted by nature. We agree. Even with government’s free education scheme –Universal Primary Education (UPE) and Universal Secondary Education (USE), some top Ugandan celebrities seem to have opted for defiance. The list goes.

He rose to fame with a popular club Bang -TAKE IT EASY featuring Vampino in 2011. Ugandans loved him for the new blend of music that would rival the once the popular music duo Goodlyfe Crew –Moses Radio and Weasel.

Surprisingly, the song that is 80% English, Diamond managed to sing a few English words ( ayamu a e histole meeka)-he meant ‘ ‘ I am a history maker.’’

Sources close to Diamond Oscar suggest that the singer under-went through rigorous rehearsal, for the few lines.

The worst was yet to come. His remarks on the beef with struggling singer- Jose Chameleon had to go viral.

The faded star, Diamond Oscar went ahead to create his own grammar on his Instagram, when he posted: “Who are I am” whatever he meant; only God knows.

Pundits suggest that his rundown English saw him fail to develop his career. Today, he is counted among the fades stars with the likes of aging Willy Mukabya and Gerald Kiweewa among others.

King Saha real name Ssemanda Mansur claims to have attended Good Daddy Nursery, St Agnes & Agalyaawamu Secondary School for O’Level, Kajjansi Progressive and Nkumba Secondary for my A’ Level before graduating with a Diploma in Business Administration from the struggling Muteesa I Royal University.

Given this background, we can’t tell why King Saha is a victim of the Queen’s language.

The once promising singer struggles with the Queen’s language that his close associates revealed that he can hardly hold on a prolonged English conversation.

Way back in 2014, King Saha shocked social media fans following a post on his Face book wall that left a lot to be desired about his command of the English language. He posted: “At which age or class did you lost your virginity”. See you also had to laugh.

A presenter on one of the local radio stations claimed that Walukaga’s English can only be compared to that of a rural Primary Two pupil.

We can’t blame him!! From Grass to Grace, that’s the real description of the Kadongo Kamu maestro. Wama Walukaga, never mind, as long as 98 percent of what you do: Eat, walk, love, sing etc you do it in Luganda.

David Lutalo
David Lutalo, is a Ugandan musician who first gained success with his satirical song “Kapaapala”. He is regarded as one of Uganda’s most talented vocalists. Even Bebe Cool knows this.

Just like Mathias Walukaga, DaHares boss, is the other top celebrity who regret why they missed going to school.

Thanks to technology, last year Lutalo almost missed good money for Africell English advert. The producer had to resort to animation, used a voice of a different person on animated footage that involved Lutalo. Ugandans were fooled that it was Lutalo’s Voice.

Early this year, while appearing on Capital FM, with Flavia Tumusiime, Lutalo almost abandoned the studio after the Flavia kept asking him questions in English.

Capital FM listeners were amused when the ‘Akantu’ singer completely failed to express himself in the Queens’ language and instead decided to listen on as the presenter continued to ask him questions in English.

Take it or leave it, Eddy Kenzo is the most compelling Ugandan international artist and he has proven that you don’t need a qualification in music or higher level of education to make it.

The award winning Ugandan dancehall musician, best known for his 2014 song “Sitya Loss, is a living proof of music greatness and pure talent. Kenzo accepted the fact that he does not speak very good English- the reason he is mesmerizing and relatable.

Recently, while addressing a press conference dominated by foreigners, Kenzo shocked the French citizens when he chose to address them in Luganda. Blah Blah……

Aware of his deficiency in English, Hon. Kato Lubwama shortly after being elected MP for Rubaga South, he quickly enrolled for an English course at YMCA Wandegeya. He also suggested that the Speaker of parliament let’s MP’s discuss in their local language while on the floor of parliament.

I cease to Kowtow in his Pohoo.

Every time, he gets to speak, you can be sure of one thing thing… yes you got it right, he will leave the Queen laughing her heart out.

At shutter speed, Ssebagala who has been linked to city a dozen city babae’s, He delivers his speeches with admirable confidence that you have no choice, but to love the man.

Investing in the youth is key to Africa’s digital transformation &...