Home Politics Uganda; the country were leaders don’t have faith, trust in what they... 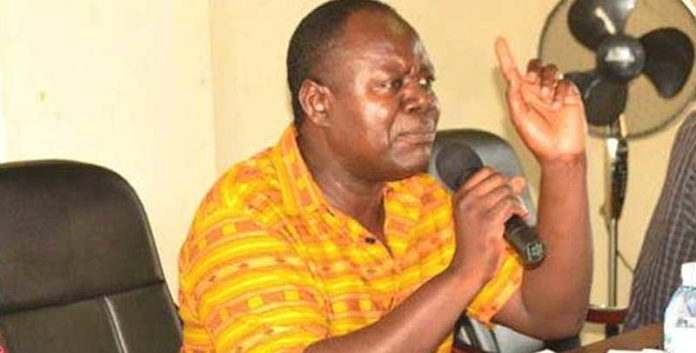 By Prof. Julius Kiiza
Uganda is stuck in the Garden of Eden. We are stuck with the knowledge we had in 1980’s. We think we can use that knowledge and technology to solve the problems we created. We need new thinking, new technology, and also do things differently.


The fundamental problem of Uganda is that our elite engage gear number one from the start [Macroeconomic stability, inflation targeting, Private Sector lead, driving from Kabale to Kampala] that is gear number one, which was necessary at the moment of crisis- in 1980’s and 1990’s. It is only stupid driver who does that.

Uganda’s fundamental problem is ideology and not lack of technical capacity. Otherwise even after we have continued to churn out thousands of graduates every year, as opposed to a very few graduates, when we had just gained independence, productivity continues to be low.


When Singapore looked at Uganda as role model
President Milton Obote (RIP) with a few graduates, counting them off, was able to build state lead development, using Uganda Development Corporation, build Central bank, Uganda commercial bank, and build cooperatives.
A state with limited resources was able do what is supposed to do. The economic fundamentals of Uganda were perfect and attracted international admiration from countries like Singapore.


That the great prime minster of Singapore- Mr Lee Kuan Yew (1959 to 1990) had to send a delegation to Uganda to study what was making Uganda tick. And what ways Singapore could learn from Uganda.
The team came and said they are few fundamentals that Uganda was doing right.
1. An incorruptible political head of state, extremely nationalistic, patriotic, committed to the State.
2. The civil service was extremely clean. Public resources were for public service, not for private benefits.
Today, many people joining politics, are doing so to build private empires. They are predators. They are vampires. We never had that in the 1960’s.


How to refocus, what needs to be done?
The beauty is that Uganda had a good history. We need to think and understand what happened:
We need to rethink our economic ideology. There is no country that has ever developed from agrarian economy- 69% peasants, 65% of firms beginning die before celebrating their 5th birthday that kind of country is not ready for private sector lead development.
That country is ready for -economic nationalism- economic nationalism means putting state at Centre stage to drive wealth creation.


The other choice is to identify centers of excellence, and the biggest example we have is KCCA executive director, Jennifer Musisi. Before Musisi came to Kampala most Ugandans had given up on Kampala, but, Musisi came and changed the forgotten, dusty city. What this means, even within NRM there are people who can deliver. They only need to be identified and put in the right positions.


Uncoordinated troop movements
We are also having a challenge of uncoordinated agencies. It’s a huge challenge that stands in development of in this county. We can borrow from South Africa. In south Africa, one thing they did was to embark on developmental agenda, if it was building a highway, in the space you acquire, you must do what you do and leave space for other development projects / installations related to the same- if you’re doing road, there should be space for drainage, power, water system etc. But you can only do that with country’s elite that is development minded
We can learn from that model. If you’re doing Entebbe express highway, you don’t have to acquire only four meters now, for the road and five meters for cable later etc.- we can improve coordination of agencies, ministries, departments and local governments. This only needs good leadership.


Common sense
There is no body who gets rich by consuming all their earnings. We only get rich by saving a portion of our earning and use it for development. What we need to do is ask the hard questions. Look at the kind of expenditures we are doing, which ones can be stopped without dangering service delivery?, talk about district creation-do we really need all these districts?
What we need is not district creation , we need district amalgamation. The World Bank logic of talking government to the people was inspired by thinking that state is inefficient, corrupt, etc, and therefore we needed to decentralize. What we were not told is that the state cannot decentralize what it does not have. If you’re corrupt, you will decentralize corruption.


The solution would have been to strengthen the existing local governments and make them more competent, get the best to make these institutions and equip, train them.
But also what is annoying, is the money we are wasting on travels and medical tourism, to India, South Africa etc.
I want to remind Ugandans, when president Milton Obote (R.I.P) was shot and injured in 1969, he was treated in Mulago, his own hospital. He had confidence in his health system, the doctors, and the infrastructure. He was treated and returned to work.


When President Idi Amin fell sick, he was treated in Mulago.
Today, any public officer who falls sick, is immediately flown to, India, china etc, for medical attention. children of top officials are flown abroad to deliver.
The point is that we need tough rules. If you’re minister of Health, you cannot seek medical help abroad, you must be treated here.
If you’re minister of education, your children should go to UPE, USE schools. The idea is that you must build systems that you trust.


Who will write the rules?
The rules will be written by those citizens who are interested in doing things right. You only have to identify them and they will cause things to move.
There is no country that has ever succeeded in financing this budget if it remains an agrarian economy. For any country to succeed to financing its budget, sustainably, the solution is to embark on state guided economy, the story has been industrialization by defiance.


All the countries that have succeeded have not followed what the industrialized countries say, they follow what they did to develop. What we need therefore is review institutions like Uganda Development Cooperation, and protect our younger companies.
There is no mother who produces a baby and asks the baby to compete with giants in competition of eating food. And there is no mother who protects forever, protection should be for a short period. And we must encourage/ let these firms know that when we protect them, we need performance targets.