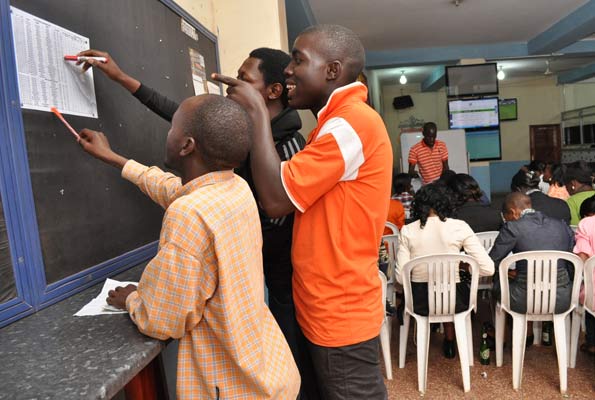 Uganda ranks second worldwide after Kenya in the top ‘betting’ Google searches. Gambling, especially in sport, has become a phenomenon, driven by the ubiquity of satellite and digital television, with smartphones that enable online and app-based gambling.


Uganda also ranks third behind Tanzania and Kenya in searching for ‘bet’ on Google betting EAC
September 2016, James Mpiirwe Manager, Compliance and Inspection , The National Lotteries and Gaming Regulatory Board revealed that Ugandans spend an estimated Ugx, 150bn annually on gambling.
Reports indicate a casino in Kampala on average gets a minimum of Shs 50m on a daily basis, but less than Shs 10m of this amount is won back by the players. On average, a sports betting centre in Kampala receives at least Shs 5m daily but barely gives out Shs 1m to winners.

A 2015 Economic Policy Research Centre (EPRC) baseline study on Socio-economic effects of gambling in Kampala city revealed that one in every four adults engage in gambling.
According to this study, the prevalence among male youths is as high as 45.6 per cent, with sports betting being the most popular gambling activity.
A substantial proportion (73.2 per cent) of those who engage in gambling took it up as a source of livelihood rather than as a leisure activity.