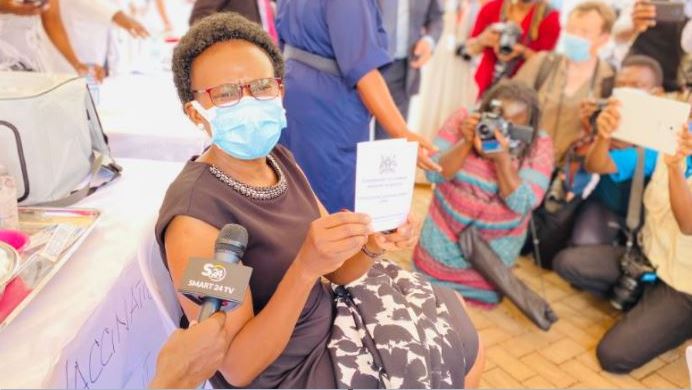 The ministry of health on Wednesday said it is on alert after the deadly Ebola broke out in neighboring Democratic Republic of Congo (DRC).

Last week, The Ministry of Health of the Democratic Republic of the Congo announced that a new case of Ebola has been detected in the health zone of Butsili in North Kivu Province, where a previous outbreak was declared over 3 May 2021.

The Goma branch of the National Institute of Biomedical Research (INRB) confirmed Ebola in samples taken from a young child who died after suffering from Ebola-like symptoms on 6 October.
Health Minister Jane Ruth Aceng told reporters that they have increased surveillance along the border with DRC where a confirmed case was reported on Oct. 6.
The two countries have porous borders with border communities crossing without restrictions.
Aceng said the response team in DRC is tracking 100 contacts with the confirmed case.


“As part of our preparedness measures, surveillance has been intensified focusing on all travellers from DRC arriving Uganda through the various points of entry. Surveillance in border districts to DRC has also been heightened,” the minister said.
Ebola is a highly contagious hemorrhagic fever that causes a range of symptoms including fever, vomiting, diarrhea, generalized pain or malaise and in many cases internal and external bleeding, according to the World Health Organization (WHO).
Mortality rates of the viral disease are extremely high, with the human fatality rate ranging from 50 percent to 89 percent, depending on viral subtype, according to the WHO


The Democratic Republic of the Congo’s 10th Ebola outbreak which lasted for nearly two years was the second largest in the world and by the time it ended there were 3481 cases, 2299 deaths and 1162 survivors. The country’s 12th Ebola outbreak which occurred in and around Butembo was over after three months with 11 confirmed cases, one probable case and six deaths.