Home Lifestyle Uganda: Because he is gay, Godfrey was expelled from school, rejected by... 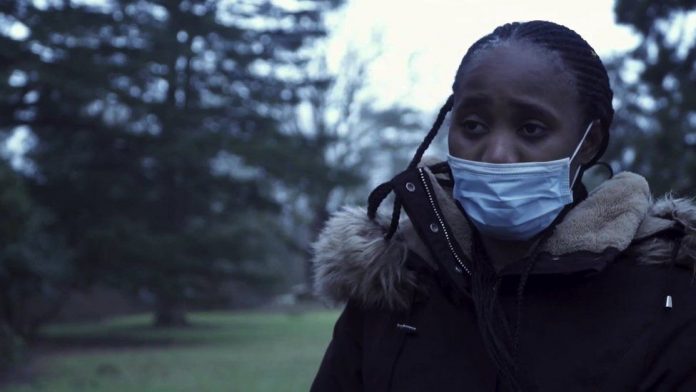 These are their stories.

Rodney, who is now 23, was reported to his school because he was seen cuddling a boy. When he got home, his family beat him up.
About two weeks later, under cover of darkness, he says he was woken by bright lights and taken away by six men who hit him and crushed his throat with a crowbar. The men, one of whom was a community leader, slapped him and interrogated him.
They rubbed something on his lips, something that burned and hurt and caused a scar he still bears.
He was 15.


He was kept in a house for two weeks with other boys – some he recognised from his neighbourhood or football team – who were in the same kind of trouble. Some of them had been tortured, Rodney believes.
“Some of the boys there, they had no fingernails. They had been pulled off. [Their captors] would call us one by one. Most of the time the person called would not come back. One time my friend Ruby was called. They brought him back dead.”
After various misadventures, Rodney managed to get away and lived on the streets of Kampala. Eventually a woman took him in.
Rodney says he was expected to cook and clean and shop for the woman in her one-room rental home. He hated himself, he says. He bought himself some poison and kept it in his pocket, doing his best depending on how he was feeling, to either ignore or obey his internal voice telling him to drink it.
Eventually he went back to his family, who had believed he was dead. His father told him to leave or he’d kill him, but an aunt pointed out that Rodney was clever and had done well at school. She also said she could “cure” him, could “turn him back”.


Rodney did well enough in exams to get into a British university. Arriving in Portsmouth, the 18-year-old couldn’t believe his eyes.
“It was a different world. Life was different, it was good. You could go to a club and all the gay people would be there. I met another Ugandan man and he took me to Pride in 2017.
“I was like, ‘oh my God’. I took so many pictures. But I put them on Facebook and my cousin saw them.
“Then I was called into college and was told my tuition fees had not been paid. I tried to call my father and my phone had been cut off. I checked my email and I had a message from him. It said that from now on I am dead to them. That was in 2017 and it was the last time I heard from them.”
The chaplain at Rodney’s college put him in touch with the Citizen’s Advice Bureau, which told him about the asylum process.
Rodney was interviewed and asked about his relationships. He told them that he had never been in a serious one. His application for asylum was turned down. He says he was told it was because he was not in a same-sex relationship, and his nature was quiet rather than flamboyant.
“I had been hiding for a lifetime, I came to a country where I can go out and be myself. Now I’m just waiting to see if I really have to go back and hide again.”


In 2002, after being discovered in a same-sex act, 18-year-old Godfrey went on the run with a friend. Armed men found them and attacked them. Godfrey hid in the latrine, and stayed there as he saw his companion tortured and murdered.
“They came with guns and surrounded the house. They grabbed the shotgun and shot him in the side of the head when he was kneeling down. I thought they were coming to the latrine to take me.
“What is next for me? I am so scared, the police are looking for me and I’ve already committed the gay sex,” he said.
Godfrey and his friend had already fled the capital, Kampala, and were in the rebel-held territories of northern Uganda. He was unpopular with the authorities, he says, not just because he was gay, but because he’d spoken out against the president, Yoweri Museveni.
“I was dismissed from school. When I was dismissed from school I was rejected by my family. My father said ‘there is no way I can keep you here, because already the school has informed the police'”.
After his friend was murdered, Godfrey managed to get to Kenya and from there he was smuggled to England.
Nine years later he applied for political asylum. He was refused.
He then applied on the grounds of his sexual orientation. Again, he was refused. He has appealed and is waiting for the Home Office’s decision.


Godfrey said the screening and interviews involved in the process made him anxious because he felt his questioners did not believe he was gay.
“There’s no way I can prove it,” he said.
“I mean, do you want me to find a man and kiss him? Would that do it?”
Yudaya has been studying in the UK since 2018. She was not openly gay back home but she did have a girlfriend, who is still in Uganda.
Her family recently found out she is a lesbian.
“My big sister called me. She said the police came, and to please not contact my family again.
“She said: ‘We asked why the police were looking for you and they explained you are a lesbian. You are with people spreading homosexuality around.'”
Yudaya said the Home Office, although it accepted she was gay, was not convinced she would be in danger if she had to go back to Uganda.


The Home Office said:
“The UK has a proud record of providing protection for asylum seekers, and the Home Office recognises that discussing persecution may often be distressing, which is why our caseworkers receive extensive training, and also work closely with a range of organisations specialising in asylum and human rights protection which can provide support for LGBT+ asylum seekers during the asylum process.
“However, the Home Office rightly expect individuals to be able to satisfy us that they are at a genuine risk of persecution in order to be granted asylum, which has to be obtained through oral testimony at interview.”