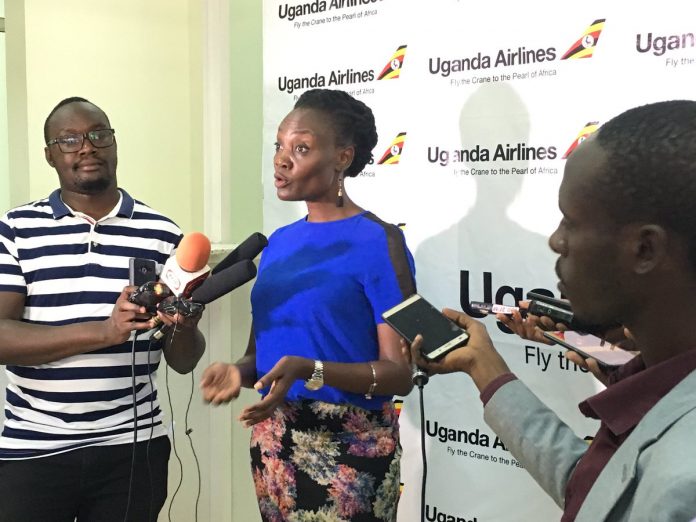 Speaking at a virtual rotary club meeting in Kampala, Ag. CEO of Uganda Airlines, Jenifer Bamuturaki confirmed that the Uganda national carrier was in talks with gulf carriers Emirates and Qatar as well as European legacy airline, KLM over interline partnerships
The partnership with Emirates will be unilateral, she said

Last month, Hahn Air, an airline and ticketing solutions provider announced it had partnered with Uganda Airlines with its HR-169 product allowing the Ugandan national airline’s tickets to be distributed and sold in more markets across the world